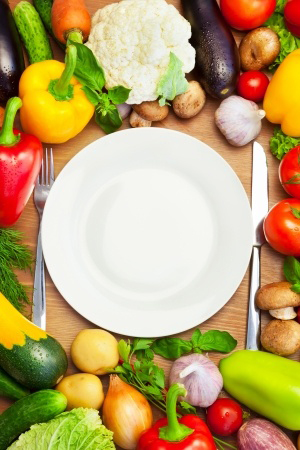 In the food industry, the temptation to cut corners and increase profits is always strong. Most of us are already operating on slim margins, so anything we can do to get a leg up and squeeze out a few more pennies is a positive.

Except when it's not. Just ask Steve Ells, the founder of innovative, "fast and fresh" food industry trendsetter Chipotle.

In 1993, when most fast food giants were pushing value menus that featured food products of inferior quality, Ells opened his first burrito outlet in Colorado, and went in exactly the opposite direction— his restaurant served up higher-grade fare at higher prices. And the customers flocked to him.

"When I started Chipotle, I didn’t know the fast-food rules," Ells told FastCompany's Denise Lee Yohn. "People told us the food was too expensive and the menu was too limited. Neither turned out to be true."

By focusing only on dishes prepared with fresh ingredients (there aren't even freezers in Chipotle stores!) and offering a high degree of customizability to his customers, Ells broke the mold for fast food. Even after McDonald's bought a sizeable stake in Chipotle, he resisted pressures to introduce new items and focused instead on perfecting his extant menu.

Chipotle "manages to spend more on ingredients than it does on payroll, the exact reverse of the fast food formula for success," Yohn wrote. "For instance, when Ells was unhappy with the taste of his shredded pork burrito, he went out and sourced a higher grade of pork and raised the burrito’s price by a dollar, and sales of the product reportedly doubled to a full 8% of company revenue."

In the process, Chipotle rose to become the paradigm for fast casual, and a Wall Street darling. In the second quarter of 2014 alone, the chain's sales grew 17.3 percent— its best result since 2006— sending its stock to nearly $700 per share.  It then beat its own mark by posting a 19.8 percent gain in the third quarter— its fifth straight quarter of double-digit sales growth.

So What Does 2015 Hold in Store for Chipotle?

The chain recently rolled out its new, meatless option— braised tofu, or what it calls "sofritas"— in select US markets. It hopes to capture additional market share by playing to vegetarians and vegans who were previously unsatisfied paying a lot of money for, essentially, a lot of rice and beans on a tortilla.

And they seem to be achieving success in retaining market share, too— especially among the all-important Millennial age cohort. A new survey from YouGov indicated that Chipotle is a top-performer in retaining the loyalty of young adult consumers, scoring 82 percent (and second only to sandwich chain Jimmy John's) among 20-35-year-olds.

Whole Foods Market and The Mainstreaming of Organic Groceries

Another innovative brand that seems to be continuing on a positive trend is Austin-based Whole Foods Market.

Known for its high-end organic and locally-sourced produce and idyllic (if not hyperbolic) in-store marketing designed to attract conscientious consumers, the grocery chain is still growing 35 years after the opening of its first location, with no signs of slowing down.

Whole Foods has come a long way and it has changed the American supermarket shopping experience in the process— according to the US Department of Agriculture, three out of four major grocers now carry organic produce on their shelves.

In the last quarter of 2014, the grocery chain realized $3.3 billion in sales, up 9 percent from the previous quarter, even as it faces increased competition in the organic foods market from Kroger, Safeway and other mainstream outlets.

Like Chipotle, Whole Foods is also working hard to retain its market share. The brand recently trialed a customer loyalty program, a la Kroger Plus, at several select locations on the East Coast. It also began rolling its first nationwide advertising campaign, which pushes the tagline "Values Matter."

With its innovative food offerings, its marketing in full gear and sales booming, Whole Foods' outlook continues to look healthy in the coming year.