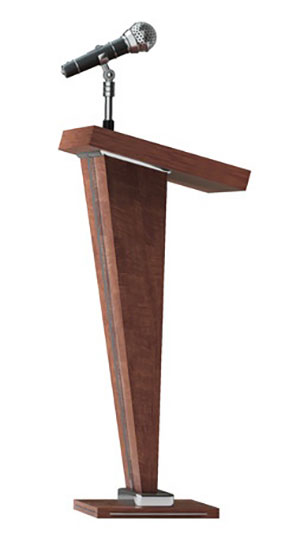 It takes a lot to get a new food product out of the test kitchen and onto market in the US—from quality control to packaging design.

Your bottom line is challenged by increased costs realized through an erratic economy, fluctuating commodity costs, changing consumer demands and even natural disasters.  Perhaps, most notably you are faced with myriad government regulations that add considerable cost to your bottom line.  In this context, building a production or packaging operation outside the US may be an attractive consideration—especially if that market is also ripe for new consumer-packed goods.

Indeed, there are some clear advantages to opening a foreign operation.

The cost of building and staffing a packaging operation overseas can be a fraction of what it would cost in the US.  Wages and benefits, especially in the emerging nations of the Pacific Rim can be 50-80% lower than domestic averages.

However, over time this advantage will erode as global economies grow and the demand for more equitable wages increases among foreign workers. In fact, we’re beginning to see this now in China where wages and benefits have grown to within 10-15% of American levels.

Foreign production and packaging operations allows American manufacturers to be closer to emerging consumer markets.  Many top food manufacturers realize more than 50% of their volume outside the US. The cost of transporting goods overseas can be prohibitive.  As such, maintaining operations in close proximity to the expanding consumer base can result in considerable savings to the bottom line.

The Rise of the Pacific Rim

If you are considering a new, overseas operation, chances are the emerging countries of the Pacific Rim will be carefully considered. The Asia-Pacific region is driving global growth in food packaging technology according to Food Navigator.

In terms of food packaging equipment sales, again, the Asia-Pacific region is leading global growth with expected annual growth of 5.9% between now and 2019. This growth is being fueled by increasing demand for convenience food products in developing countries. Organized retail sectors are slowly shifting the trend from selling loose items to branded packs of items like food grains and vegetables.

But Is It Safe?

For the reasons mentioned above, building a foreign food production and packaging operation on foreign soil is an attractive proposition for Western food manufacturers.  Both the growing consumer demand and competitive employment can translate to significant improvements to an organization’s P&L.  But before making the leap, you must consider that the Pacific Rim is still catching up with quality assurance and sourcing guidelines that have been in place in the US for years.

The regulation of food production and packaging has been a global subject since the end of World War II.  In this regard, the US has been at the forefront of food packaging regulation.  The comprehensive Food Additives Law enacted in 1958 set in motion all of the modern thinking on food packaging and production.  European nations followed America’s lead with their own regulatory policies enacted during the same period.  By contrast, most of the Asia-Pacific nations are late to the game with regulatory guidelines.  For example, China did not enact comprehensive food and packaging regulations until 2009.

In a recent survey, safety data-crunching firm Food Sentry ranked countries in with regard to food safety violations.  The three countries with the most violations happen to also be the countries where most Western nations build foreign operations: India, China and Mexico (It’s worth noting, the US is 5th on the same list, but the gap between the top three and the rest of the pack is significant).

The top violators are, however, making strides to rectify issues related to food safety.  In fact, recently, the United States and China announced a collaboration to address global food safety issues in the coming years.

As the global demand for safer, more convenient and tastier food products increases, American manufacturers will naturally look to foreign development as a source of operational efficiencies.  They will just need to be cognizant of the fact that not every country is operating out of the same playbook when it comes to quality and safety.

The good news is that this rapid global expansion is encouraging these emerging markets to focus on quality assurance and stronger regulations.