3 Companies That Have Mastered the Art of Food Videos 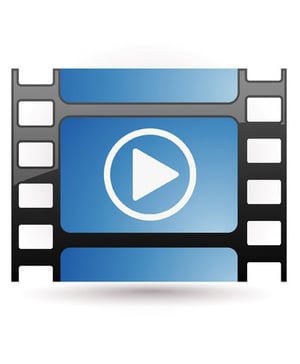 Food marketing has become heavily visual as American food culture has become deeply ingrained on the Internet. And as part of that shift toward the visual, YouTube videos have become an important tool of the food marketer's trade.

A recent joint study by Millward Brown Digital, Firefly and Google found that Millennials, in particular, engage heavily with this kind of digital media. In the past year alone, young adults between the ages of 18-35 have powered a 280% increase in subscriptions to food-themed YouTube channels. Some of the most well-received marketing videos tie food to other products and other industries in exciting and unexpected ways.

Many companies realize food videos are a great front door to consumer engagement and are making efforts to step up their YouTube and social media presence. But not every company is doing it right. In this article, we'll take a look at three brands that have mastered the art of the food video, and discuss why each one has been successful.

Did you happen to catch Chobani's "St. Patrick's Day Devilled Eggs" video back in March? If not, give it a look. In just 30 short, word-free seconds, the brand walks the viewer through the process for making a festive, fresh and relatively healthy snack. A quick egg boil, some fresh green herbs, a few chives, a generous dollop of Chobani yogurt (of course), a little food processing and voila—green, great-tasting devilled eggs to go with your green beer, bangers and mash.

Why is it effective? It's short. It's instructional. It's strictly visual. And it's fun! For goodness sakes, they even topped the eggs with a fresh clover (yes, clover is edible; it has a wonderful, refreshing citrus taste). Moreover, it was seamlessly tied in to the brand's successful Twitter/Facebook #madewithchobani campaign.

Domino's, in the earlier part of this decade, knew it had an image problem. 25 years post-'Noid frenzy, its marketing had become lifeless, its market share was plummeting and its reputation—particularly among Millennials enamored with gourmet pizza toppings and artisan crusts—was in tatters. The chain had to act decisively.

It decided to focus on transparency. Young adults have a demonstrated fascination for learning how things are made. Millennials are seekers of knowledge—they want to know the whos, whys and hows of the food preparation process. They want to know where ingredients are sourced from and how they are produced. They want to see the action in the kitchen.

In response, Domino's tried an Internet streaming experiment. It positioned five cameras in one of its Salt Lake City stores and streamed the pizza-making process, live and unfiltered, to the Internet. Its "Domino's Live" campaign was a resounding success, resulting in over a million page views from more than 200,00 unique visitors in just the first two-and-a-half weeks of the site going live.

Best of all? The average time per view exceeded five minutes. That's an eternity in Internet time. Domino's was capturing and holding viewers' attention, making the campaign a high-value brand building experience.

You're probably already aware of Oreo's well-deserved reputation for mega-genius as a social media marketer. But have you scoped the #OreoSnackHack campaign it rolled last year?

Inspired by a picture that went viral on social media outlets—that of a squeamish Oreo eater using a fork to perform a hands-free milk dunk—the brand realized that there was value in depicting Oreos being consumed in new and unexpected ways (Oreo-encrusted chicken tenders with Asian-inspired peanut dipping sauce, anyone?). It played particularly well to Millennials' preoccupations with food innovation and palette diversity.

Soon, the brand began encouraging social media users to post their homemade Oreo "Snack Hacks" with the aforementioned hashtag. In effect, it crowdsourced innovation in both product utilization and marketing. It was a stroke of unadulterated brand building brilliance. Users began submitting photographs, descriptions and even videos of their favorite snack hacks.

Oreo itself has demonstrated a willingness — indeed, a commitment — to disrupting its own consumer base. While it has (and will always) offer the original Oreo cookie as part of its product line, in recent years, it has experimented with seasonal and limited-batch flavor offerings. In 2013, we watched as watermelon-flavored Oreos (!) took grocery shelves by storm. This spring, it released an Easter variant on the venerated snack aisle favorite. Nabisco, it seems, is gunning to position Oreo as the Ben & Jerry's of the cookie universe.

Moreover, Oreo has used its limited flavors as an engagement portal. It teases new flavor releases and carefully builds a sense of mystery and anticipation among its fan base. In the process, they have become true masters of modern American food culture.

Food marketing today takes a lot of Internet savvy, creative sensibilities and plenty of wit. The more you can charm foodies online, the more likely they will engage with your brand. Take a look at the campaigns Chobani, Domino's and Oreo are running now and witness true social media marketing masters at work.