3 Crazy Food Innovations that Shouldn't Have Been Introduced 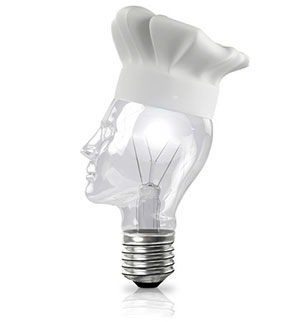 Some food innovations seem like a natural progression in cuisine. Now, for example, it seems very normal to add chocolate chips to cookie dough but when Ruth Graves Wakefield created the first Toll House Cookies in the 1930s, she revolutionized how Americans eat sweets. Her food innovation is still one of the most popular treats today.

Other food creations seem like sheer madness at first, but proved that they could hold their value over time. In the 1980s, for example, Hershey’s spoofed the invention of Reese’s Peanut Butter Cups as an accidental food innovation even though H.B. Reese had gotten peanut butter in Hershey’s chocolate as far back as 1928. Many of these beloved products endure the fickle tastes of the American public.

In stark contrast to the culinary creations that now make up the fabric of American cuisine, food manufacturers, chefs, and home cooks have served up some zany dishes that should have never graced the top side of a plate. The nation may never get over these whacky and bizarre food inventions.

Ah, the refreshing tastes of a summer salad! Imagine the flavors of freshly chopped celery, crunchy vegetables, seasoned tomato, and zesty Italian seasonings all wrapped up in one big bowl of wiggly gelatin. Yes, there was actually salad-flavored Jell-O at one time.

Food packagers developed exciting new food preservation methods during WWII. After the war, civilians learned new ways to use these packaged foods to create innovative meals. Salads were also becoming popular at that time as soldiers began to crave the foods they ate while on duty in Italy.

As a response, Jell-O introduced its line of savory gelatins in the 1950s. There were four flavors: mixed vegetable, celery, seasoned tomato, and Italian salad. The beauty of the product is that a cook could put virtually anything in Savory Jell-O, from chopped fruit to yesterday’s fish, to create his own crazy food innovations. An entire generation of cooks competed to build the most fantastic Jell-O salads to serve as towering, edible centerpieces.

While waning consumer demand led Jell-O to stop making its savory line of gelatin flavors, the legacy of the crazy food innovation lives on in the tradition of adding shredded carrots to orange or lemon gelatin to serve as a cool side dish.

In the 1970s, a fad equating clarity with purity swept the nation – consumers loved the idea that clear products were somehow more pure. Ivory Soap led this marketing campaign, producing ads touting the purity of its products. Coors Brewing Company followed closely with Zima, a clear-colored alternative to beer. Amoco boasted about the clarity of its gasoline.

PepsiCo jumped onto the see-through bandwagon in 1992 when it introduced Crystal Pepsi. This clear-colored soft drink did well in test markets so the company launched the flavor with much fanfare, including a one-minute advertising spot during the Super Bowl that featured Van Halen’s popular song “Right Now.”

The one thing that PepsiCo failed to realize, however, is that cola drinkers expected their colas to be dark, like Pepsi and Dr. Pepper. Consumers also have firm expectations about what clear soft drinks, such as 7-Up and Sprite, should taste like.

Crystal Pepsi did not fit comfortably into either category so it quickly faded into oblivion.

Not a fan of minty fresh breath? Try bacon flavored toothpaste for smoky, meaty breath without the hassle of brushing with a strip of crispy fried pork.

The United States has become a bacon nation. In 2013, bacon sales skyrocketed 9.5 percent to reach an all-time high of almost $4 billion. The reason for the robust bacon market is clear– the delicious pork product is extraordinarily flexible, lending fat, salt, and texture to almost any food.

Food innovation will likely continue as long as people crave new and interesting flavors and textures. Some will succeed wildly while others fail miserably, but culinary creativity is always entertaining, new, and wonderful.