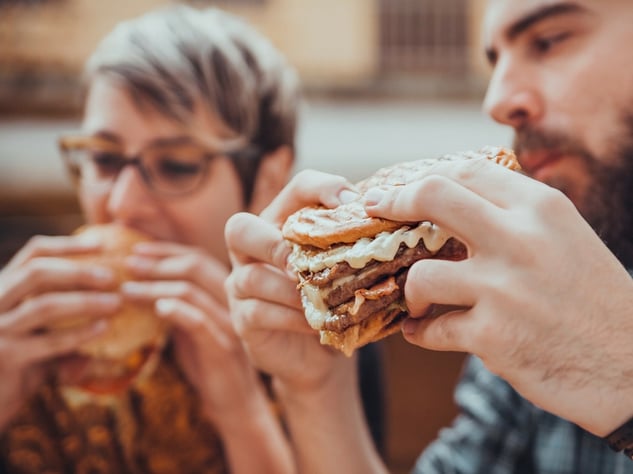 We’ve heard a lot about fast food chains sourcing cage-free eggs, organic ingredients, non-GMO foods and sustainably raised meat. But another growing trend in the industry has been a move toward serving only antibiotic-free meat.

Why the trend? Much of it has to do with consumers’ demands.

What’s the concern about antibiotics?

Consumers are increasingly wary of everything that is “added” into their foods, and this trend extends to antibiotics that are often used in livestock. Some consumers have concerns about the ethical ramifications of farmers using antibiotics to increase livestock growth rates or to compensate for otherwise unsanitary conditions. Others worry that antibiotics can be passed along, through the meat, to the human food chain.

Although ethical debates are difficult to sort out, the concern that unwanted antibiotic agents are passed along through food are (probably) largely unfounded.

As The Washington Post pointed out in an article examining the meat production industry, there are strict federal guidelines on dosing. Farmers must withdraw antibiotic treatment at a certain length of time prior to an animal going to slaughter, to ensure that the meat is free of residual drug levels.

But many public health advocates argue that antibiotic use in food production increases the chance of antibiotic-resistant “superbugs” developing among herds and flocks. We know from observation that antibiotic overuse in the human population has indeed led to increased antibiotic resistance, so this is not an unreasonable argument.

Were a superbug to develop that widely affected livestock or poultry, the results for farmers, food suppliers, distributors, groceries and restaurants could be economically disastrous. And even if QSR brands and the distributors that supply them were willing to take this chance, the fact remains that consumers aren’t.

Switching to antibiotic-free meats is a good PR move.

Aside from the public health and economic sustainability arguments, enough debate exists about antibiotic use in the meat production industry that it makes sense to make the switch just from the standpoint of generating goodwill with the American consumer base.

Consumers’ food preferences have shifted definitively toward the “less” side of the scale. Americans want fewer artificial preservatives, less added salt and sugar, no high-fructose corn syrup, no pesticides or antibiotics used in production, fewer ingredients per product and no genetically-modified organisms in the supply chain. Food companies that cater to those preferences are setting themselves up to be successful over the long term.

Is the time right for your fast food company to make the switch to antibiotic-free meats for its protein supply chain? It’s worth careful consideration. How can you start?

3 ways your company can become more sustainable in its meat and poultry sourcing:

It will take a long time to identify all the sources you would need to maintain a supply chain that is completely antibiotic-free, cage-free, non-GMO, etc. Start laying the groundwork now.

2. Get in the test kitchen and start cooking.

Now is the time to start experimenting with ingredient and flavor combinations so that you have a whole slate of affordable, sustainable and antibiotic-free menu items when your supply chain is ready.

3. Be transparent in your efforts.

It’ll take time to make the switch. Document your efforts. Blog them. Advertise them. The more transparent you are with consumers and shareholders, the more patience they’re likely to show you as you make a long-term move toward having a sustainable supply chain.