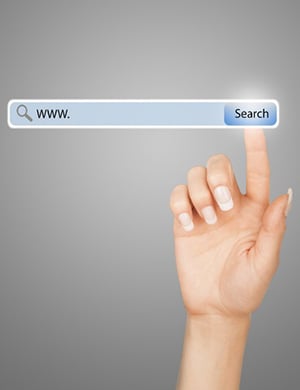 American food culture has undergone many unexpected and interesting shifts over the past several years. A quick look at some of the most popular food-related Internet searches sheds light on exactly how much our tastes have changed.

Although we continue to see a shift on the part of the American eating public toward more health-consciousness and toward maintaining budgets, our Google searches last year seemed to indicate that comfort food and dining out aren't quite on the outs. In fact, as the national economy has continued to pick-up, searches for restaurants topped those for recipes.

1. The Quinoa Craze Is Waning. Chia Is In

That's right— chia seeds. The same things people were smearing onto odd, dime store pottery and growing in their windows back in the 1980s. Who knew you could eat them? Well, many native Central and South American tribes, that's who.

But, now, modern Westerners have caught on to the fact that chia seeds are a highly nutritious superfood rich in protein, fiber, calcium and beneficial omega-3 fatty acids. They're easy to cook, add to salads, or even blend into smoothies. One kombucha producer even sells chia-loaded probiotic beverages.

Over the past year, searches for quinoa and kale fell, while searches for chia-based foods rose significantly. And although green kale was the colorful veggie du jour in 2013, in 2014 red, antioxidant-rich goji berries were headlining on Internet browsers.

2. South American Chia. Asian Goji. Why All The Exotic Ingredients?

Simple: Millennials. Young adults have a tendency to "travel by proxy" when they eat. They view eating not only as a necessary daily activity, but also as an opportunity to explore new tastes from areas of the world they cannot afford to travel to and experience in person. Culture-curious Millennials are, in fact, more likely to search a culture's traditional foods than they are to search for information about a country's other customs, languages, geography, or natural resources.

That tendency isn't limited solely to young American adults, either. British net surfers looked for info on Indian foods more than Indians, while Japanese users searched French cuisine more than the French themselves. Cuisine, it seems, is a universal means of fostering diplomacy and cultural understanding. Maybe the United Nations should stop having meetings and start holding dinner parties?

3. Americans Are Starting To Dine Out More

In another potential sign that Main Street is starting to feel the benefits of the rally on Wall Street, searches for restaurants and food delivery outpaced those for recipes last year. Americans are cooking a little less and splurging a little more. That certainly has to be welcome news to restaurateurs, who have endured tough times in the wake of the 2008 Great Recession.

"Pizza" was also a highly popular search. No doubt it has been in the past, too, but given that it was searched "more than the World Cup, according to Google, the prospects for pizza purveyors have to be looking fairly decent—especially now that many pizza chains have begun catering especially to the flavor experience-seeking Millennial generation.

4. Paleo Is Still In The Hunt, But Junk Food Comes Out On Top

Another surprising finding from last year’s searches was that "junk food" products were searched more than popular diets like paleo. That suggests that while we might be more health conscious overall, we're not quite ready to give up our favorite comfort foods. "Cronuts," Buffalo wings and holiday cookies were some of the most popular junk foods people looked for online in 2014.

And, indeed, even though recipe views were outpaced by those for restaurants, the most popular recipes that were searched were those for meatloaf, chili, banana bread and homemade pancakes. Clearly, people aren't in for ditchin' comfort in the kitchen.

Food trends wax and wane, like those in any other consumer sector. By employing predictive behavior modeling and aggressively researching your target customer segments, you could get ahead of the curve for 2015. What's going to be this year's goji berry? Who knows. But monitoring Internet search trends and keeping your ear tuned to the chatter on social media could help you to quickly identify it and make your marketing move.