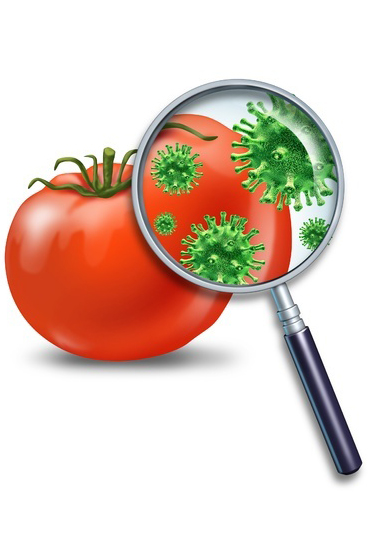 You’ve heard the stories— old favorite foods and new foods straight out of development that have somehow gone very wrong, biting back at customers with the likes of salmonella and E.coli. Food safety measures, of course, allow brands to track down the source of contaminants, and sometimes, the source is stranger than you might expect.

Here’s a look back at a few of the strangest food safety cases from 2014.

One of the biggest booms of the 21st century food industry has been the organic sector. However, one organic company has already spread its last slice of bread. That company, Sunland, Inc., went from being the top dog in organic peanut butter production to a bankrupt nobody in less than a decade. In 2014, Sunland, Inc. customers experienced Salmonella in their pb & j sandwiches in a food poisoning that effected 20 states. As a result, the manufacturer of Trader Joe’s Valencia Peanut Butter has lost its business altogether thanks to costly litigation that includes a sum of $26 million in retribution to customers and creditors.

Talk about a bad way to spend a day at the post office. In North Carolina in November 2014, more than a dozen postal workers ate some potluck leftovers in the break room, resulting in hospital visits due to nausea, vomiting and diarrhea. Whether or not there was a disgruntled postal worker was never determined thanks to more than 200 individuals contributing to what should have been a festive feast. However, this Veterans’ Day potluck definitely took going postal to a whole new level.

No, not the fruit, but rather the people. New Zealanders experienced a serious case of Yersinia pseudotuberculosis due to the consumption of contaminated foods ranging from fresh produce to undercooked pork. This illness is not very common, yet more than 100 Kiwis came down with it in 2014 and 35 people had to be hospitalized. The officials believe that the contamination came from packages of lettuce and carrots. The effects of this rare illness range for age groups, but the uncomfortable and often quite painful symptoms can last as long as 3 weeks, according to the CDC.

In Alaska, botulism is 836 times more likely to occur in comparison to the continental US. Most contribute the uptick in The Land of the Midnight Sun to shifting techniques that are used to age fish—the main source of protein and fat for the people of Alaska. In the past animal skins, straw and grass were used with much greater success to store fermenting fish. However as modern technologies and methods have been adopted in place of traditional preservations techniques, Alaskans have begun using the anaerobic glass and plastic containers, and, consequently, botulism seems to have become a potential problem.

In the most recent case of 2014, botulism was spread through Anchorage in the Yukon-Kuskokwim Delta area after fermented fish heads were served for dinner. This traditional meal, served by the Yupik people, took a disastrous turn by killing one and seriously sickening two other individuals.

When it comes to food safety and illness prevention, the key to new food products and methods of preservation is to use a standardized method of food preparation and storage. After all, no one wants to see customers suffer from a rare or deadly food borne illness, especially when they are trying new products or food experiences. Keeping an eye on the standard procedures for safety and food storage is essential to crossing the bridge between food dangers and safety prevention.