An Uncertain Future for the Backbone of Food Innovation 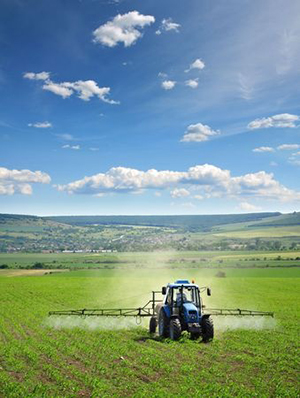 In 2010, DuPont formed an advisory committee to address the growth of the world's population— projected to exceed 9 billion individuals by 2050— and the potential challenges that growth poses for the security of the global food supply.

"The confluence of changing demographics, and consumer food preferences, substantial increases in population, scarcity of resources and climate change presents the human race with one of its most substantial challenges to date," the committee advised. "Increasing rates of malnutrition will not just require more calories, but more nutritious food."

Is the world's population growth self-limiting?

The simple truth is that it must be— resources are scarce, and scarcity breeds conflict.

Year after year, we seem to be racing headlong into the danger zone. In fact, some experts even believe that we're accelerating the process, via our environmental impact. Deforestation, fossil fuel use and proliferating industrialization are exacerbating the global warming trend and decreasing our available farm land.

"By 2030, the world will consume renewable resources equivalent to two planet earths to sustain human needs," DuPont's committee reported. "To meet future demand, arable land in developing countries would have to expand by about 120 million hectares. However, due to increasing land degradation caused by climate change, certain developing countries are expected to see 9-20 percent of arable land becoming much less suitable for farming."

It's not all gloom and doom. There is hope.

This year, DuPont reconvened its advisory committee and issued a report on progress the international community has made since its landmark 2010 study.

In its first report, the panel advised that global agricultural productivity would have to grow 25 percent faster than the then-current rate, if the world were to secure the food supply by the mid-21st Century. In its report this year, the committee noted that the 25 percent growth rate was exceeded and that, if the trend toward more efficient production were to continue, the food supply would be sufficient in 2050. They cautioned, however, that progress now is not necessarily an indicator of future success.

For one thing, agricultural capacity must not only grow, but also become more elastic— that is, the world must increase its ability to absorb "unexpected shocks" to harvests. To that end, the panel said, more investment in research and development is needed across the board:

"Our current agricultural technologies and practices are the result of investments in research and development, in some cases, dating from more than a decade ago. Therefore, it is important that the global community carefully examine the types of tools and practices needed… to inform its investment decisions."

Better tracking and predictive modeling could help to alleviate shortfalls before they become acute.

One investment that seems to be paying off well is the Global Food Security Index (GFSI), an interactive tracking database developed by the Economist Intelligence Unit and underwritten by DuPont. The GFSI tracks changes in the food production and consumer markets across 107 countries, and allows the researchers, non-governmental organizations and government agencies that use it to more accurately monitor problem areas.

"The GFSI annually evaluates what is and is not working in efforts to mitigate the risks to food security," the advisory committee reported. "This type of tool enables governments to set benchmarks based on performance and then implement local solutions and policies in an effort to track improvement."

In other words, governments could more quickly move to interdict when food production in a given area is going awry. Governments could act to more quickly subsidize farmers in a hard-hit area, for example, so that long-term capacity isn't lost as farmers fail financially and sell out. Or, nations could maintain strategic supplies of fertilizer and then distribute them in the areas that need them most, as those areas' production rates begin to fall.

Regardless of production capacity, we need more nutritious food products. Many companies are working already to develop foods that deliver more caloric and nutrient content in a smaller amount. Engineered food replacement products like Soylent, or plant-based protein meat substitutes like Gardein, are helping to redefine the way we think about nutrition and, thus, to lower the world's agricultural production needs.

With additional investment, research and development we may be able to stave off disaster and ensure a brighter, more nutritious, happier future.