As American Consumers Age, Food Service Must Learn from This Example 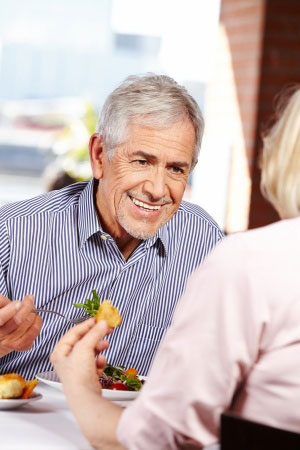 It’s no secret the population of the United States is rapidly graying— currently, about one in five Americans are over 65 and, according to the US Census Department, by 2030, people 65 and up will make up 35% of the country's population. And in the coming years, food manufacturers that can create products that satisfy the needs of this population are likely to see success.

For many years, Japan has, much like the US, had a population that is trending older. As of the latest census reports, One in four Japanese are over the age of 65. As Japanese companies begin looking for ways to fulfill domestic consumer demands, this population has had increasing influence on Japanese food industry trends.

In Japan, one company has already begun experimenting in developing products to cater to this niche market, and American companies would do well to learn from this example.

Kewpie first gained an audience by selling canned baby food to young parents in the 1960s. Now, 55 years later, they see a market to sell a new line of Kewpie brand foods to Japan's aging residents. Their new Gentle Menu foods include a range of stewed and pureed ready-to-eat meals.

The single serving dishes come in easy-to-open plastic pouches and appeal to elderly Japanese people who crave favorite meals, like beef sukiyaki, but have trouble chewing and swallowing.

Currently, the line is being sold in specialty sections in drug stores and select supermarkets. But company spokespeople say that their Gentle Menu products already account for 70% of sales in the $30 million niche market aimed at senior citizens. And Kewpie expects the product line to become even more profitable within a year.

It has taken the company some time to find a successful formula in this niche.

They first offered foods for elderly people in the 1980s; the products, which were sold in hospitals and packaged in the same jars used for baby foods, were a flop. But, Kewpie has come back with new packaging, lower price points, greater variety and a range of products intended to be eaten by independent seniors at home.

The 60 offerings in the Gentle Menu line currently sell for 180 yen ($1.76) a serving, and as their success has grown within the country, researchers from Thailand and South Korea have visited to learn more about the business of marketing foods to the elderly.

This is one global industry trend that, with the right presentation and flavor adaptations, have the potential to see success in the elderly foods market in the US:

Markets change as demographics evolve. With the large number of baby boomers contributing to the graying of America, this is a niche that could potential be worth billions in the coming years. Companies that are early adopters of these food industry trends are likely to reap the rewards.