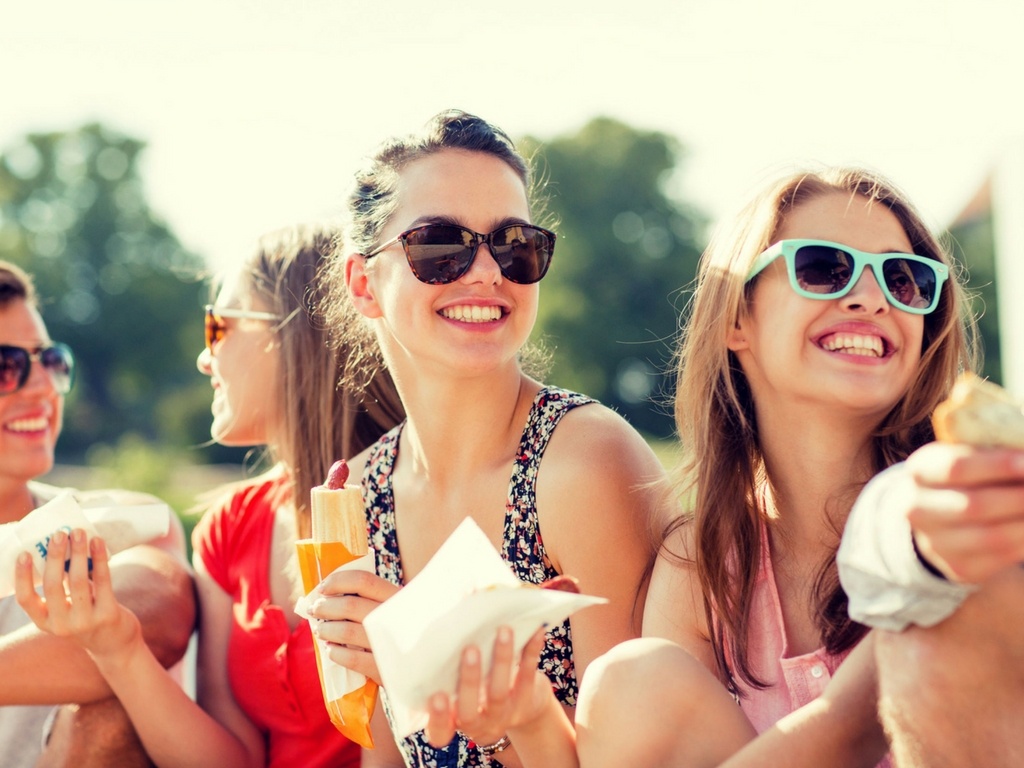 No matter what the goals of your restaurant chain may be, rest assured that you won't achieve them without customer satisfaction. There's not enough volume to depend on one-and-done visitors, so each facet of the company shares responsibility for coaxing those visitors back. Smart managers understand that while most operational work is done "behind the scenes," that work has a large impact — positive or negative —on that all-important customer satisfaction metric. Operational managers at all levels need to incorporate customer satisfaction into their workflow decisions, even if their actions don't have any direct and immediate customer impact.

There are three basic areas where restaurant operations and counter-level customer service overlap.

END_OF_DOCUMENT_TOKEN_TO_BE_REPLACED

2 Great Ways to Bring Your Restaurant Operations Up to Speed 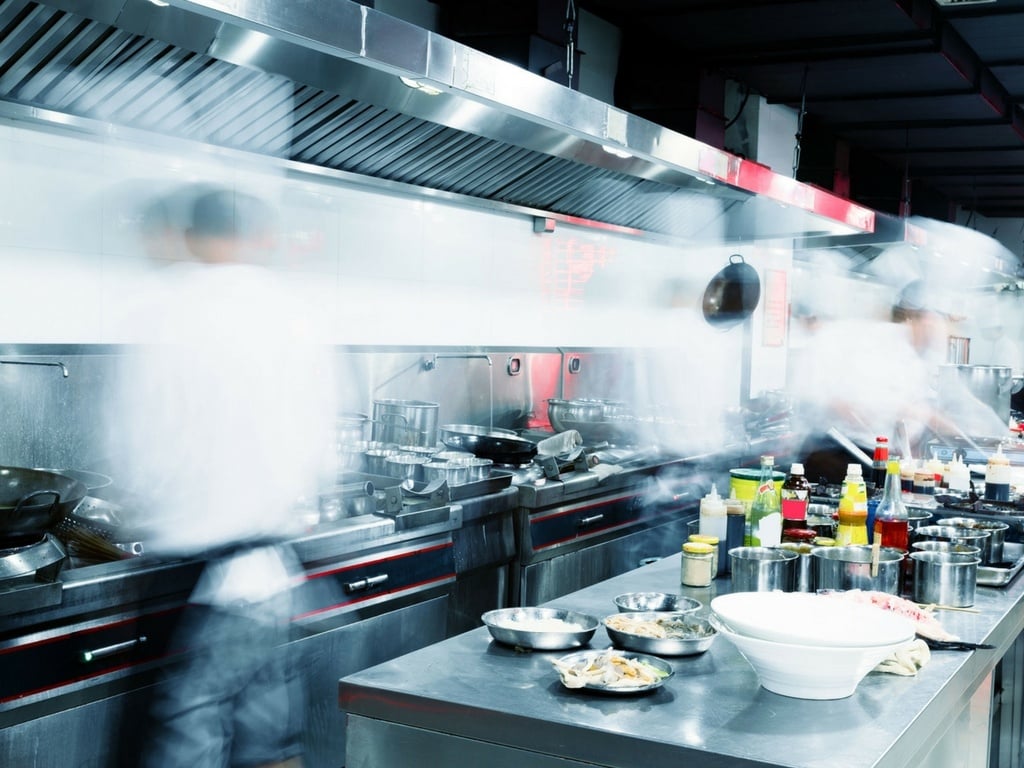 In fast food restaurant operations, speed is everything. Customers make nearly instantaneous decisions — a long line at the drive-thru or walk-up window can mean the difference between a hungry customer pulling in or driving on to a competitor.

Menu items can’t take a lot of assembly time. Cook-to-order times can’t be very long. Asking customers to pull ahead and wait for their order to be brought out to them doesn’t work well — running orders slows down drive-thru times, and longer waits discourage repeat business. At the same time, modern consumers want fresh food prepared with premium ingredients. They want to be able to customize their orders. And they want their food at an affordable price.

So how can your QSR company stay ahead? How can it meet so many seemingly contradictory consumer demands? How can it be all things to all customers?

Let’s look at 2 strategies your restaurant could employ to speed up service, while meeting diners’ demands for fresh and inexpensive fare.

END_OF_DOCUMENT_TOKEN_TO_BE_REPLACED 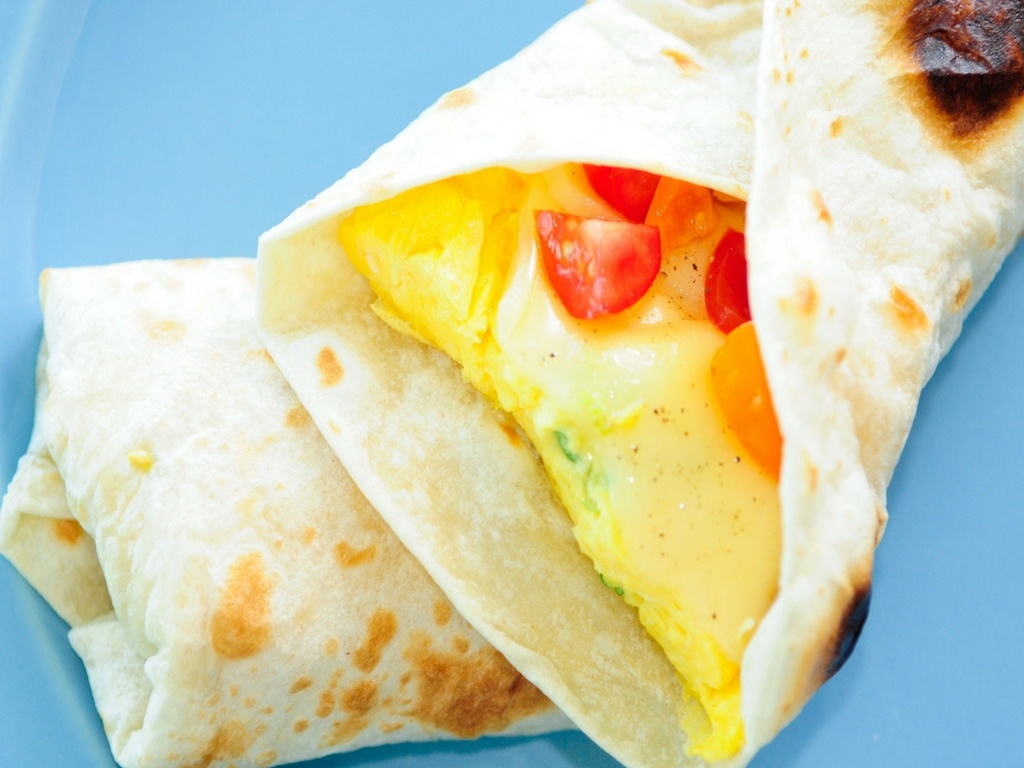 There’s no doubt about it. Fast food breakfast is hot. Really hot.

In just the past few years, the breakfast daypart has rocketed to become a lucrative daypart for McDonald’s, Taco Bell and many other national and regional names in the QSR industry. Even as fast food sales have slowed at lunch and dinner time, industry-wide breakfast sales ticked up another 2.3% in just the past year, according to USA TODAY, and they show no signs of plateauing soon.

So how can fast food companies make sure that they get breakfast right? With so much competition in the market, there’s not a lot of room for uncertainty.

Today, we thought we’d take a look at 4 solid tips that your QSR company can use to build a solid, competitive breakfast menu and tap into the sizzling demand.

END_OF_DOCUMENT_TOKEN_TO_BE_REPLACED

QSR Must Fight Stigma to Capitalize on Millennial Eating Trends 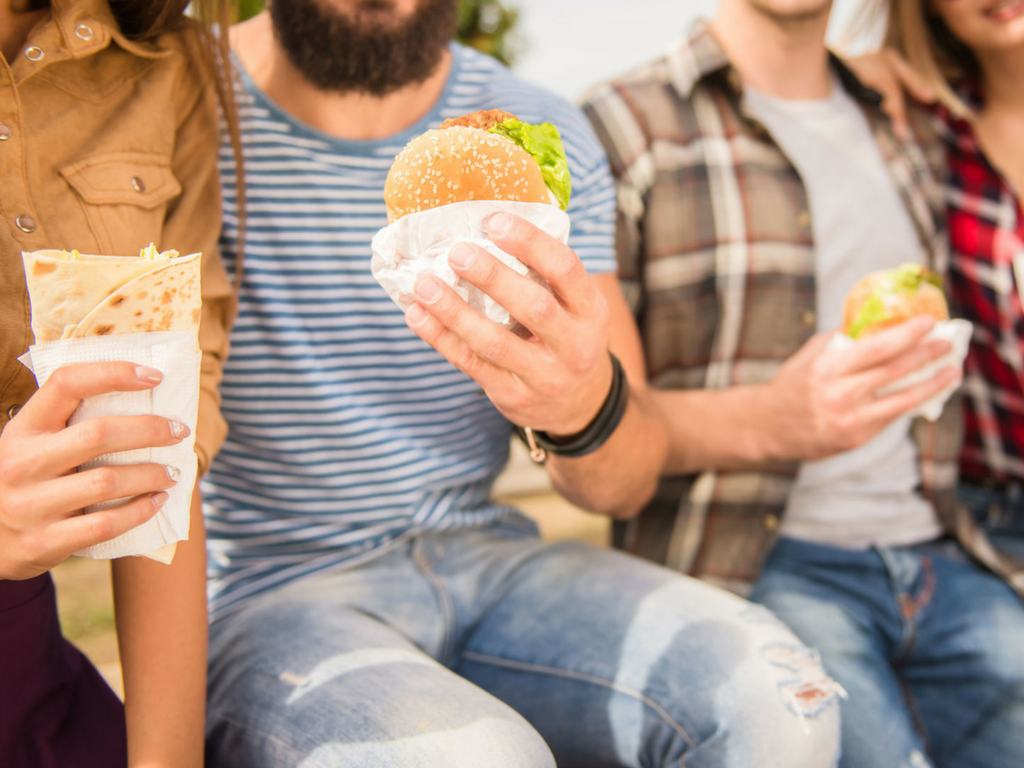 Let’s take a moment for some honest reflection: Fast food faces a real challenge. Among Millennials, the industry suffers from an image problem. Young consumers have more than a few ugly assumptions about fast food. To put it simply, fast food isn’t really “in” with younger generations of American eaters.

A lot of Millennials, upon hearing the words “fast food,” will automatically jump to “burgers-and-fries.” They associate fast food with high-fat, high-calorie, uninspired meals. And to top things off, in many cases, fast food consumption brings with it the risk of being judged poorly by peers.

END_OF_DOCUMENT_TOKEN_TO_BE_REPLACED 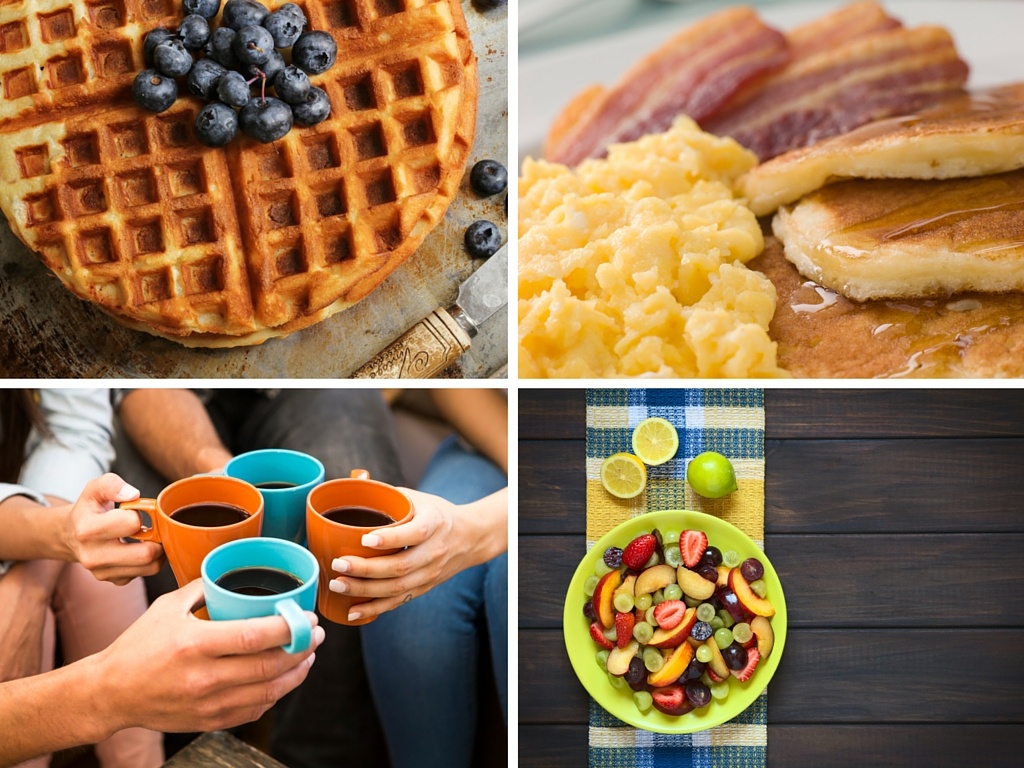 It’s no secret that breakfast has been one of the fastest growing offerings in the QSR and convenience store industries; some segments are only seeing increases when it comes to breakfast sales and morning offerings. What’s driving this trend? Snackification, the appeal of a diverse menu of healthy, protein-rich offerings and an emphasis on convenience, as detailed below.

END_OF_DOCUMENT_TOKEN_TO_BE_REPLACED 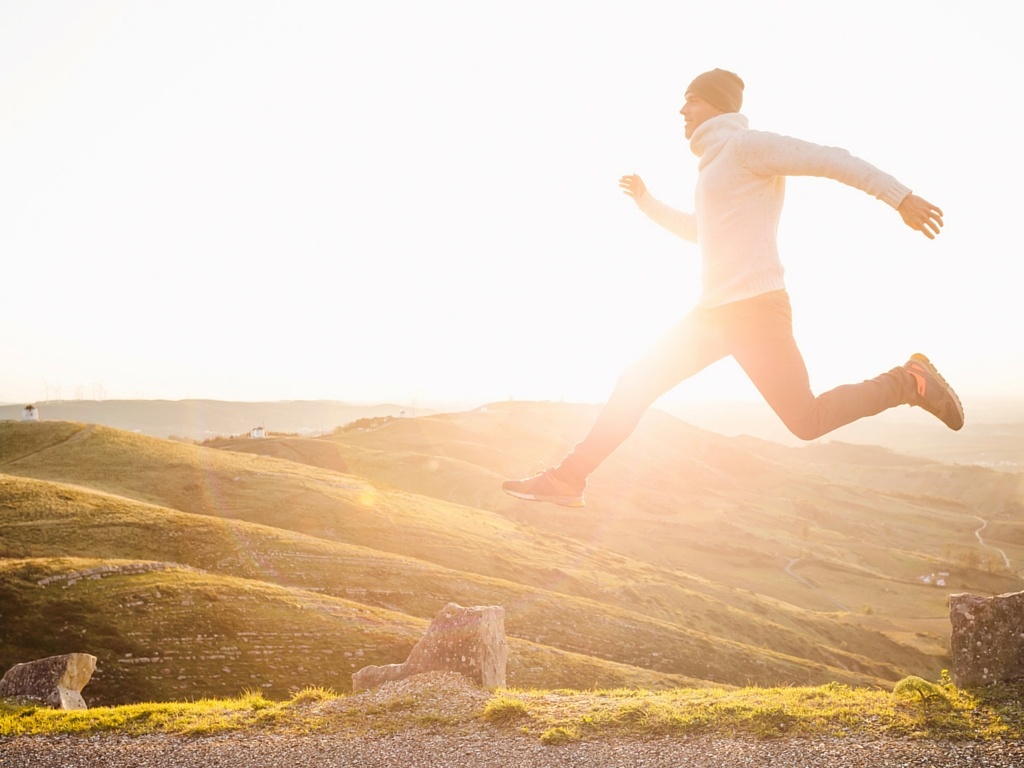 What is it that hinders innovation in the fast food industry? We’ve seen many QSR companies publically state that they recognize the need to change in order to compete in tight market, but are they making the right changes?

Results haven’t been that great of late for some of the venerated names in QSR. McDonald’s, for example, saw two consecutive years of declining sales heading into the last quarter of 2015. Restaurant Brands International (parent company of Burger King and Tim Horton’s), Wendy’s and Yum! (parent company of Taco Bell, Pizza Hut and Long John Silvers) all also experienced sluggish sales in 2014 and early 2015. Now there are signs that they’re all starting to turn things around.

McDonald’s reported global sales were up 5 percent in Q4, which the brand attributed to the launch of its all-day breakfast menu and a new Buttermilk Chicken Sandwich.

Meanwhile, Burger King’s sales were up 4.4 percent in the first quarter of 2016 — a result Restaurant Brands International told its investors was likely due to its new “four pillar” strategy, addressing “menu, marketing, image and great operations.” And Wendy’s reported same-store North American sales were up more than 3 percent in Q1.

END_OF_DOCUMENT_TOKEN_TO_BE_REPLACED

How the Fast Food Industry Can Make Sustainability Affordable 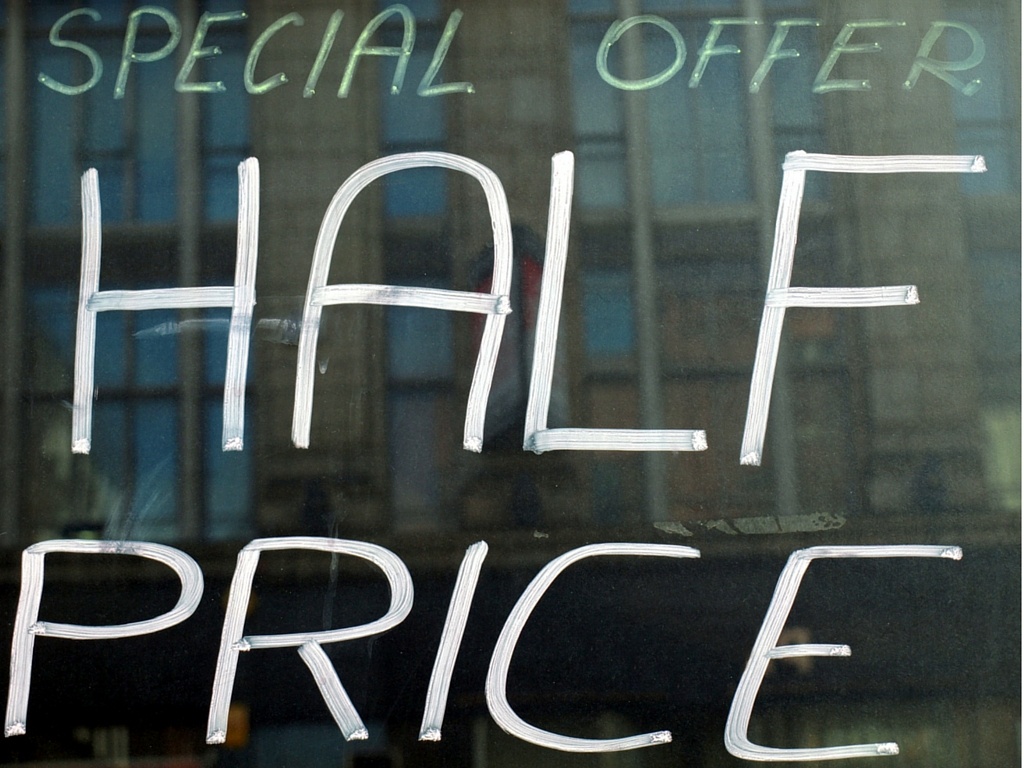 We know that "sustainable" doesn't come cheap. As we've recently discussed, it can take a long time and a tremendous financial investment just to develop a sustainable supply line — especially for niche ingredients. But Millennial consumers are clearly engaged with the sustainable food movement. Fast casual success stories like Chipotle — which takes great pains to source sustainable, non-antibiotic and non-GMO ingredients — prove it.

"Red Lobster, Olive Garden, TGIFridays, IHOP, Applebee’s and Chili’s combined are worth less than Chipotle," noted EcoWatch. "We won’t likely see any of the major fast food brands slip away any time soon, but they will have to reinvent their offerings to appeal to a new generation of diners."