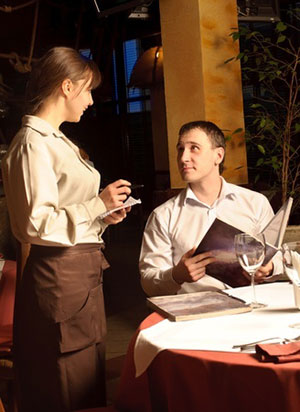 In just a few short years, industry analysts will look back at 2013 as a major tipping point for the food service industry.

In that year, Chipotle posted a 9.3% sales gain while fast food giants like McDonalds and Burger King saw slumping sales, according to Ashley Lutz of the Business Insider, and the US saw a new kind of fast food concept make its mark.

The demand for freshness and quality has increasingly come to define the most profitable modern consumer.

Bob Basham—of Outback, Chili’s, and Carrabba’s fame— and business partner Nick Reader saw the first inklings of this nascent trend in the early 2010s, capitalizing on the niche with a new chicken chain—PDQ. But when the doors opened on the first concept restaurant in 2011, there was no guarantee that it would work.

There were plenty of other fast-casual restaurants offering similar menus. Chicken tenders, sandwiches, and shakes were no food innovation in themselves.

What made that difference— how did PDQ go from 1 restaurant in Tampa to more than 30 restaurants in 6 states? It’s all in the name—People Dedicated to Quality.

PDQ proved that everything has to be fast and fresh—real, quality foods.

Burgers, pizza, and salad may seem like unlikely bedfellows, but WTF is making it work.

Restaurant industry veteran Bill Kadow had stepped back from the full service restaurant segment after helping build Carrabba’s from the ground up— until a new idea from Bob Basham brought him back out of retirement.

“Chicken was all tied up with PDQ,” Bill notes, “so we decided to take a crack at burgers.”  And just a few short weeks ago, in late October, the first WTF opened in Tampa.

The original concept for WTF (Wow! That’s Fresh) was just burgers and pizza— like fried chicken, two menu items that most associate with fast casual—but, noting the success of the made-to-order salads at PDQ (and a consumer impulse toward healthier eating), WTF added a line of fresh, quality salads to the menu.

“When you’re taking a shot at a restaurant, you want to have something you’re confident is going to sell,” Bill says.

While the idea of drive-thru pizza is anything but a given, with slightly limited options vs a broader menu offering for “sit down” service, confidence still abounds with their ability to provide quality, fresh food, fast.

Though sales are slumping for fast food, they’re still known for these foods, and with the capital behind the national (and international) companies, WTF couldn’t rely on traditional marketing to build brand equity and get an edge on more established chains.

“You won’t see any radio or TV ads,” Bill notes.

Instead, the Fresh team spent more money on food innovation, searching for the highest quality ingredients for each item on the menu, and adding finishes to the building that created ambience, relying mostly on word of mouth to promote the new business.

Rather than putting time and money into advertisements that would become just one more voice in an already noisy industry, Bill and the rest of the WTF team plan to do a lot of work with local schools.

WTF will look to provide banners, fundraisers, meals, coupon cards to sell for profit—an idea developed out of Bill and Bob’s collective experience at Carrabba’s, Outback, and Bonefish.

“Our advertising is 99.9% grassroots,” says Bill. “You have the right product, and you get the food in people’s mouths, and you build a place for yourself in the community.”

The challenge is going to be the future.

Consumers want food fast and fresh, but they can do it without the frills—that’s why casual dining is suffering a bit right now—but, as Bill notes, that’s not to say a new, more pervasive trend won’t come along that will once again shift the course of fast-casual.

But, for now—and the foreseeable future— consumers will continue to opt for faster and fresher every time.