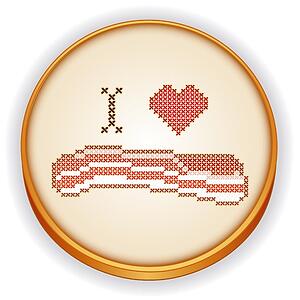 If recent food service industry trends tell us anything, it is that Americans love their bacon. From traditional breakfast strips to bacon-flavored liquor, this pervasive pork product is now considered a staple by many people in the United States. However, recent increases in the price of pork threaten the popularity of bacon and other meat products made from pigs.

About the Price Increase

According to AG Web, pork prices have risen significantly in the last year. In fact:

Because of these increases, retailers and food service providers everywhere have been forced to incur higher costs when purchasing wholesale pork. While some have tried to keep retail prices the same and simply decrease their profits in hopes that the price will eventually go back down, food service industry trends indicate that most retails have already raised their prices in order to compensate for the increased expense.

The market prices of meat are driven primarily by supply and demand. With the ever-increasing rates of pork consumption in the United States, the demand for pork products is high. In the past, the pork industry has been able to keep up with consumer demands by producing large quantities of meat for sale. Recently, however, the pork supply has decreased markedly.

The primary reason for the diminishing pork supply is the effect of a virus known as the porcine epidemic diarrhea virus (PEDv). According to The Ledger, this virus does not affect food safety nor does it spread to humans. However, it kills up to 100 percent of the piglets that contract it. At the time of publication, the virus has already killed 7 million pigs. There is not yet a cure for this virus, and it spreads easily among swine once a member of the herd has been infected.

According to THV 11, it could take up to 18 months for pork prices to fall again. However, if the disease responsible for the decrease in pork supply continues to cause widespread loss, it may take even longer for prices to go back down.

It is not yet clear whether the increase in pork prices will lead to a decrease in overall pork consumption. According to Pork Checkoff, Americans continued to increase their spending on meat per capita even during the recession, so it is possible that this change won't be significant enough to deter the American people from purchasing pork products.

If Americans do stop consuming pork as frequently because of higher prices, it is likely that food service industry trends will change to reflect this dynamic by limiting the amount of pork they serve.