Casual Dining and Quick-Serve Franchises Must Innovate or Die 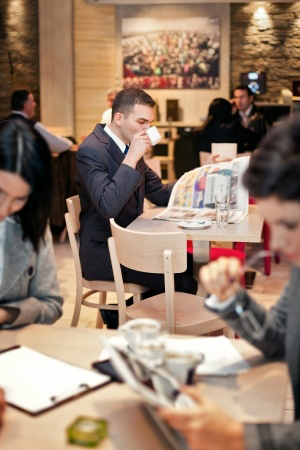 Without a doubt, one of the hottest new trends in food service over the past decade has been the shift away from casual dining (think Applebee's and Chili's) and fast food, toward the hybridized "fast casual" concept (i.e., Chipotle, Five Guys and Panera).

But that's not where the story ends.

Some are already foretelling the metamorphosis of fast casual into "fresh casual." Western consumers— Americans, in particular, as we engage in a high-profile, national battle with endemic obesity— are demanding fresher, healthier options. The fresh casual concept speaks to this.

Restaurant concepts like Freshii, Xoco and Wildflower Bread Company are shaking up the market by cuing in not only on consumers' rejection of standard fast food models, but also their desires to look and feel better, and to exercise more environmental responsibility in their purchasing habits.

Instead of a quick meal of burgers and fries, or a giant plate of waistline-expanding bar 'n' grill fare, most fresh casual restaurants offer consumers simple, no-frills ingredients that can be quickly arranged in a nearly infinite number of combinations. Taking a page from Chipotle's playbook, these ingredients are often organically-grown, locally-sourced and served in green-friendly packaging.

Plenty of room in the market… for now.

The great news for food entrepreneurs and restaurateurs is that the fast casual and fresh casual markets still seem to be absorbing new capacity. Even later entrants are performing well.

"Though still a smaller part of the overall market than both the fast food and casual dining segments, fast casual concepts are exploding onto the scene and gaining popularity each year," wrote financial analyst Matt Sena. "Unlike traditional fast food restaurants, the market for fast casual is far less saturated, and franchise opportunities abound for the entrepreneur."

Some of those opportunities, said Sena, cost as little as $300,000 to start up. And the outlook for restaurateurs who move in the fast casual/fresh casual direction is rosy, from a revenue perspective.

Outlets in this sector are able to command higher average per item prices than their fast food competitors, while still taking advantage of consumers' perceptions that fast casual restaurants are cheaper than sit-down, full service casual dining.

Fresh casual: the choice of the Millennial Generation.

Millennials number an estimated 80 million individuals in the United States. Now in their 20s to mid-30s, and with Baby Boomers finally starting to retire, they are beginning to enter their peak income years. For food service businesses wise enough to play to their generational tendencies toward health-mindedness and conscientious consumerism, the profit potential is immense.

Fresh casual seems to be scratching Millennials' right where they itch.

They feature bright lighting with clean, sleek design, cheeky marketing (as this ad from Freshii demonstrates), free wi-fi, plenty of healthy menu options and a plethora of exotic, unexpected flavors.

According to former Kansas City Star journalist Cherryh Butler (herself belonging to the Gen Y cohort), "Millennials don’t want to just eat a meal; they want every meal to be an experience; they want to participate. Millennials, whose traits include adventurous, tech-savvy and highly social behaviors, will always show more love and loyalty to brands that provide them with memorable experiences."

That's a valuable lesson for any food entrepreneur who is looking to develop (or re-brand) a restaurant concept. The brand must be engaging. It must be cutting edge. And it must fun. If it's not sleek and shiny, you're not going to attract that crucial younger crowd.

Fresh casual isn't just one of the best new trends in food service: it represents a shift in consumer consciousness. The bare minimum won't cut it anymore. Food service franchises must either ride the crest of the trend wave or sink below it and drown.