"Chipotlification": The Life, Death, and Renaissance of Fast Food 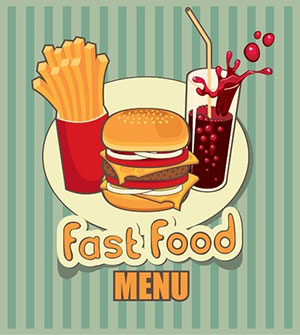 Over the summer, McDonalds reported the single greatest decline in same store sales in over a decade. Wendy's has unveiled a cost-cutting plan to cope with increased beef prices and disappointing sales. Burger King moved headquarters to more tax favorable Canada after buying out coffee-and-doughnut chain Tim Hortons. But, while traditional fast food has faced considerable struggles, fast casual venues like Chipotle, Five Guys and Panera have been gaining market share.

Their success has been credited to food innovation that includes fresher ingredients, more options and healthier items on the menu.

Fast Casual on the Rise

Fast casual restaurants have seen an increase in popularity in customers between the ages of 19 and 37 at a time when fast food restaurants have been declining. Millennials enjoy the combination of fresh ingredients and customization with the speed and convenience of fast food. Fast casual outlets have grown from 9,000 locations to over 21,000. During the same time, McDonalds locations have stayed flat at 14,000 restaurants.

Chipotle, in particular, saw such wild success based, in part, on ethics and sustainability. The chain is one of the first to use naturally raised animals that are not fed antibiotics or hormones. The company also works to source ingredients locally and to offer organic produce when possible. These choices align with the values espoused by millennial diners.

Chipotle and other fast casual restaurants have also discovered that people are willing to pay more when it means better practices and better quality. You'll find no dollar menu at Panera, Chipotle or Five Guys. Chipotle entree items tend to cost a little over $6 a piece, compared with around $4 at McDonalds. And, when Chipotle recently raised many menu prices, profits continued to rise.

Offering customers more options is one of the elements of Chipotle's success that other restaurants can most easily replicate. McDonalds has announced a new menu being offered in test markets in San Antonio. Customers there will be able to mix and match individually-priced menu items and have choices that include side salads, cookies, sundaes and other sides. Meanwhile, Taco Bell has released a new mobile ordering app. Their Live Más app allows customers to order ahead and to customize their orders, adding everything from avocado ranch sauce to potatoes or rice to a dish.

While McDonalds and other fast food restaurants have been struggling, it's not because the food doesn’t taste good.

Over the summer, Dutch pranksters brought McDonalds sandwiches and McNuggets to a food expo where they told attendees that the foods were "new, organic alternative[s] to fast food." Those who tried them praised the food's "pure" and clean taste.

Organic and sustainable options have proven a winner in both the prank above and real world settings, and McDonalds has already opted to explore that area of food innovation more deeply.

The burger chain already offer organic milk in their McCafe coffees and Happy Meals in many locations in the UK. Organic fruit juice is served in restaurants in both France and Germany. CEO Don Thompson says that these efforts will continue to expand. "You'll see us in some categories looking to different products, possibly organics," he said in a recent conference call.

While the demands for better quality, more sustainable practices and fresher ingredients continue to grow, diners have more demands on their time than ever, as well. Fast casual restaurants have built great success by pairing great food with convenience. And the slightly higher price tag of fast casual foods has proven that diners are not as concerned with low cost as they are with value.

Fast food can see a powerful resurgence by offering more choices, fresher ingredients and more sustainability. This sort of food innovation resonates with choosy millennial diners, and can bring them back to fast food restaurants.