Don’t Waste Your Time Convincing Consumers to Buy. Inspire Them! 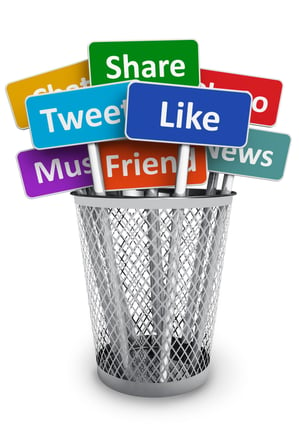 What motivates the average American grocery shopper to buy? Price point? TV and print advertisements? Coupons? Placement or packaging? Those all come into play, certainly. But are they the most effective methods of marketing foods?

Recent successes many food companies have had marketing via Pinterest, Twitter and blogs seem to indicate, though, that those tactics aren't as effective as they have been in the past. Indeed, with Millennial buyers, ads aren't very effective at all, according to new consumer research jointly conducted by Forbes and Elite Daily.

Millennials grew up in an age of 24/7 talking heads on cable "news," hype-marketing machines and Internet-fed rumor. They distrust, well, everything. But that's particularly true of ads.

Only one percent of 1,300 young adults surveyed by Elite Daily and Forbes indicated that a compelling advertisement could affect their perception of a brand. They reported, according to Forbes contributor Dan Schawbel, that they believe ads to be "all spin" and "not authentic."

To that end, many Millennials rely on the power of Google to inform their decisions. One in three young adults reported that they consult blogs before deciding whether to make a purchase. Blogs, rather than ads, seem more "authentic" in the minds of many young consumers.

Authenticity is, arguably, the greatest demand of the Millennial generation. The kids, it seems, are sick of being lied to by Madison Avenue. And the search for authenticity has driven the generation's quest for "real" ingredients. Millennials don't want processed foods. They want "real" organics. They want "real" legacy grains. They want a return to the healthy diet that their grandparents and great-grandparents were raised on.

So How Do You Market To Ad-Wary Consumers?

Simple: Tell the truth. Show what can be accomplished with your food product. Inspire them.

That's why many food companies are actively publishing recipes over social media and soliciting reputable food bloggers to try their products. It's why Pinterest and Instagram have taken off. Millennial consumers are more apt to believe their peers than they are to put any stock in hype. And they're more likely to try a proven commodity, or experiment with it and share their results.

The results have been fantastic. Millennial cookie fans, chefs and moms quickly latched onto the idea and got creative. Oreo cannoli, anyone? Lemon Oreo cocktails? Oreo cappuccino? OMG, we need a bag of Oreos, stat! We're definitely inspired. And drooling.

Before Marketing Your Food Product, Push The Boundaries

You should have a good idea about the versatility of your food product before it ever hits grocery shelves. A shopper doesn't just want to see your product; he or she wants to know what can be done with it.

You might consider, then, spending some of your marketing dollars to experiment with your food product in a kitchen incubator. Put it in front of chefs and see what they come up with. Document their experiments and use them to develop engaging, inspiring social media content.