Farm-to-Table: Unraveling the History of an Old-is-New Food Industry Trend 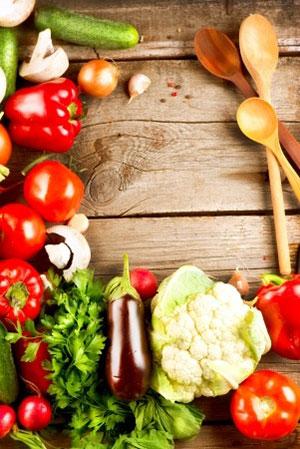 So we can add another food fad to the growing list of food industry trends that have been infiltrating the eating habits of Americans over the past century— the farm-to-table movement which emphasizes the consumption of food that has been locally grown and purchased.

Sometimes associated with sustainable agriculture and organic farming, farm-to-table is a buzzword that sociologists speculate emerged in response to the rapid evolution of technologically innovative food manufacturing processes which have, at times, had the side effect of compromising nutrition and health for convenience and profit.

The Ascent and Demise of Processed Foods

In 1900, most food eaten by Americans was produced within 20 miles of where they lived simply because most of America remained rural and sparsely populated. By the 1920s, a combination of urbanization and industrialization compelled hundreds of thousands of people to flock to burgeoning cities where higher paying jobs existed alongside more luxurious living conditions.

Consequently, neighborhood food sources vanished as interstate highways and improved shipping logistics facilitated the transportation of distantly manufactured food. In addition, the advent of processed foods made life easier for a lot of busy Americans who were now able to enjoy a greater amount of leisure time.

Processed, prepackaged foods seemed like manna from heaven to working couples with children in the 50s, 60s and 70s. It was cheap, easy to fix, tasted good and fit perfectly into busy schedules. Moreover, there was not yet public health messaging about the dangers of high-fat, high-sodium, additive-rich processed foods. It was a blissful time when everybody ate bologna sandwiches and Twinkies for lunch and Swanson TV dinners for supper.

Food sociologists believe the farm-to-table movement began with the hippies, who lived in communes, grew their own food and essentially rejected industrialized food industry trends.

Pioneers in the food-to-table movement like Jerry Traunfeld (Washington state's Herbfarm) and Alice Waters (Berkeley, CA's Chez Panisse) set the stage for modern farm-to-table restaurants, such as Seattle, Washington's Emmer & Rye, which advertises its food as "seasonally inspired and locally derived" and Wallingford's Tilth, named after an organization responsible for certifying organic farms. Even Chipotle chains in Seattle purchases most of their ingredients from local purveyors. According to one spokesperson for the popular, Millennial-inspired company, as much as 90 percent of their offerings are made from locally grown foods.

Healthier for Humans and the Environment

Intense research into food additives and preservatives started in the 1980s and continues today, with statistically significant results culled from thousands of studies indicating that many preservatives and additives used in processed foods contribute to cardiovascular disease and even the development of some cancers.

Locally grown food is not only healthier for consumers, but it’s good for the environment too.

While the local-sourcing of the farm-to-table movement hasn’t completely erased agriculture’s impact on the environment, it has been successful in efforts to minimize that impact. When food doesn’t have to be transported over long distances before it reaches the dinner table, the environmental impact of that food is lessened.

A fascinating study completed by the Leopold Center for Sustainable Agriculture found that locally grown food travels only about 44 miles to get to customers while non-locally produced food travels nearly 1500 miles. 1500 miles over which food distribution trucks emit 5 to 17 times more carbon dioxide than regional transport systems.

The Future of Farm-to-Table

Just like other food industry trends were fueled by the changing lifestyles (such as the desire to spend less time in the kitchen and more time at work and leisure), the farm-to-table movement is being energized and sustained by a profound awareness of how much food impacts our health and the environment.