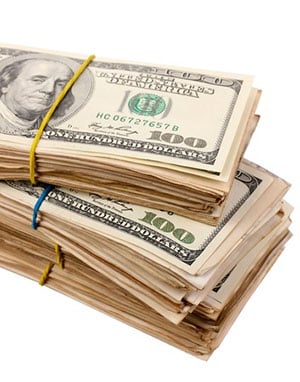 Food service has never been anything but a tight market. Razor-thin margins, fierce competition, finicky consumer preferences and short shelf lives all make food service one of the most speculative industries for entrepreneurs to engage in. Even in success, there is the ever-looming possibility of a sudden, hard reversal of fortune.

So how does a restaurateur win the food service war? Like any good general, you needs two things: better intelligence and more firepower than the other guy. You need to stay on top of trends and be willing to adjust with them. And you need to have a chef who can continually develop attention-grabbing products that can be efficiently produced.

Think about the fast food industry. We've all seen the photos of delectable burgers, cooked up juicy and topped with crisp lettuce, fresh tomato and Vidalia onion, served up steaming on a just-baked sesame seed bun. Even the description sounds inviting, right? You know you want a burger right now.

But hold on. The reality is that at a fast food joint, you're never served the burger you were shown in the picture. The marketing may have been appealing. The chain spent beau coups dollars to produce that ad. But the reality is that, once you've been served the disappointment, you're not going to come back. That bit of marketing ends up being counterproductive: it's only successful at acquisition of customers. On the back end, it actually promotes customer flight.

If, however, you serve up delicious, innovative food that satisfies your customers, this builds credibility for your business. You will garner word-of-mouth. You'll be the buzz. And if you keep on producing new and tasty products that customers enjoy, any paid advertisements are ultimately a waste of money.

Sometimes it's about positioning. Take the curious case of the Food Truck Revival.

Fifteen to twenty years ago, if you were to mention "food trucks" to your average person on the street, it would have been likely you would have met a wrinkled up nose and disgusted, exasperated look.

"Food truck? I don't go in for roach coaches, man. I value my health."

Fast forward to the 2010s. Food trucks are all the rage. What began as a movement by traditional restaurants to market to consumers on an experiential basis— by positioning where customers were (at lunch times in downtown office zones, at fairs, etc.)— and thereby drive traffic to the main restaurant, ended up doing exactly the opposite of it intended effect.

Consumers who were accustomed to Mobile Montezuma's Revenge suddenly saw fresh, exciting, gourmet food products right outside their places of business. And they flocked. And they talked about it.

Social media posts ran rampant; food trucks gained followers. Then, some restaurant owners closed their buildings and took their whole operation to the streets where they enjoyed lower margins, fewer taxes, more personal freedom and, for many, more profit.

A restaurant owner who had been previously spending hard-won profits on print or TV ads for his or her free-standing restaurant would have learned that buzz beats messaging, every time.

So do ads have absolutely no value in the food industry?

Your customers themselves are the best form of advertisement. They tell others. They bring their friends. They tweet. They post. They Yelp.

Food service ads can be effective in enticing those initial, trendsetter encounters. After all, you can't build a business on word-of-mouth if no one knows to begin with that you are there. Though a business like a food truck can go where the people are and fore go that initial advertisement, not all food service providers can. So food marketing does have its place.

And once you have attracted those customers, ads can be effective in announcing new food innovations that you will feature, or special tasting events. They can be effective in reinforcing awareness, keeping customers thinking about your philosophies and approaches to food, or just building general branding mystique.

Smart food service entrepreneurs should be dedicating the majority of their business reinvestment dollars to market research (garnering actionable intelligence about changing consumer preferences) and to food innovation (building secret culinary weapons to shock and awe their customers and destroy their competition).