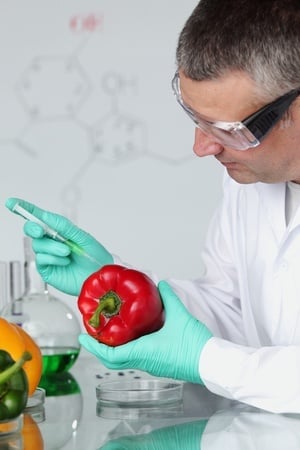 The rising popularity of the anti-GMO movement have many food service industry managers worried about how their companies are going to deal with the far-reaching ramifications of the trend. However, industry insiders are telling food service companies not to give it much thought, especially now that various food industry associations are suing the state of Vermont over a questionable GMO labeling law.

"Critically Flawed and Bad for Consumers"

If Vermont governor Peter Shumlin signs the GMO label law (and he has already confirmed his intention to approve House Bill 112, to which the labeling bill is attached), Vermont will be the first state to require food packages to be labeled to show the names of ingredients "subjected to genetic engineering."

According to an April Food Safety News article, a spokesman representing the Grocery Manufacturers Association stated that the bill was "critically flawed and bad for consumers." In contrast, an advocacy organization called the Vermont Public Interest Research Group applauded the bill and claimed that labeling GMO foods was "a model that the rest of the country can look to moving forward."

In response to Governor Shumlin's impending validation of the bill, the GMA, the International Dairy Foods Association, the National Association of Manufacturers, the Snack Food Association, and pharmaceutical and pesticide companies have preemptively filed a joint lawsuit against the state Vermont.

In the suit, the GMA says that the labeling law is "a costly and misguided measure that will set the nation on a path toward a 50-state patchwork of GMO labeling policies that do nothing to advance the health and safety of consumers." In addition, the GMA points out that the U.S. Constitution "prohibits Vermont from regulating nationwide distribution and labeling practices that facilitate interstate commerce, which is actually the sole responsibility of the federal government."

Where Is the Evidence Showing that GMOs are Harmful?

Taking such a drastic measure toward labeling foods as potentially harmful due to genetic modification is a severely flawed action that remains unsupported by any solid evidence. In an article co-authored with JoAnna Wendel of the Genetic Literacy Project, published on Forbes, Jon Entine offers insight into the prevailing anti-GMO attitude:

"Anti-GMO campaigners, including many organic supporters, assert time and again that genetically modified crops have not been safety tested or that the research done to date on the health or environmental impact of GMOs has all been done by the companies that produce the seeds. Therefore, they claim, consumers are taking a ‘leap of faith’ in concluding that they face no harm from consuming foods made with genetically modified ingredients. That is false."

Removing the Stigma of Being Labeled Genetically Modified— Got Science?

A comprehensive compilation of peer-reviewed literature concerning the safety of GMO foods, originally published by a group of Italian agricultural and biological scientists in 2012, found that "scientific research conducted so far has not detected any significant hazard directly connected with the use of GM crops."

In fact, no credible evidence exists that clearly shows genetically modified foods pose threats either to human health or to the environment. The American Association for the Advancement of Science attributes the unwarranted backlash on GMO foods as "a persistent perception that such foods are somehow ‘unnatural’ because they have been genetically modified."

Another misconception exploited by anti-GMO advocates is the claim that GM crops have not been "tested."

On the contrary, GMO crops have been rigorously tested and found to be safe for human and animal consumption. Why science is being trumped for spending time and money on pointless bill amendments is anybody's guess. However, it appears that by filing a lawsuit against Vermont, the GMA and other companies in the food service industry aren't going to allow unwarranted attacks on GMOs to sail through legislation unopposed.