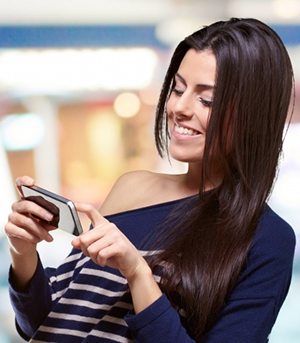 Creating a food culture can be challenging—especially with so many dining choices available to American consumers today. Millennial foodies, an exploratory demographic, can be a particularly hard segment to target with loyalty programs. Young adults view food as an opportunity to experience as many tastes, smells and sights as possible; they're always looking to expand their product horizons.

Apps, however, and gaming apps in particular, offer a unique opportunity to keep Millennial consumers coming back for more. By turning encounters with your food brand into a video game, a competition among friends, or other sharing opportunities, you can encourage young foodies to engage with your products over and over again.

No, it has nothing to do with Betty Grable.

Gamification (pronounced “game-ification”) is a hot, new marketing tactic in which a piece of creative is devised to be fun and interactive, allowing the consumer to play an in-piece solo game or to compete with other consumers for badges, prizes, or other rewards.

Several food brands are using gamification tactics to great effect in the digital age. Schlotzky's Deli, for example, offers free, gamified apps like Stackin' the Original and Scratch, Match and Win to engage younger consumers with its core products. The games are fun enough in and of themselves, but Schlotsky's had the foresight to also tie them to its loyalty programs, giving diners a financial incentive to keep playing.

In Stackin' the Original, players must stack the thirteen possible ingredients that comprise the real-world Original sandwich on Schlotzky's signature sourdough bun as those ingredients fall Tetris-style from the top of the screen. Like its progenitor game, Stackin' the Original gets progressively harder to play. Players who successfully complete the fifth level begin to earn points that can later be redeemed for free food products at Schlotzky's locations.

Prior to the gamified apps, Schlotzky's acquisition strategy for new loyalty program members was to offer a free sandwich for signing up. It stopped doing that when it launched Scratch, Match and Win, which functions like a digital lotto scratch-off ticket for free food and drink. Interestingly, the company found that its app-based acquisition tactic was just as successful as its former free sandwich offer.

That knowledge will allow Schlotzky's either to periodically alternate between those vectors, to keep customers interested, or to split its loyalty program acquisition strategy and market to different consumer segments in different ways.

The Genius of Untappd

Surfing the crest of the craft beer tsunami in 2010, beer geeks and designer-developer team Tim Mather and Greg Avola developed Untappd—a free, gamified beer tracking app that lets users "check in" to beers they try, then rate and share those drinking experiences via linked social media. Users earn badges (why is there not an adult group called Beer Scouts?) for a number of different accomplishments, such as trying five different Belgian beers, drinking on a particular holiday, or showing loyalty toward a particular brewery.

Untappd is powered by Foursquare's platform, so it not only allows users to share which beers they are drinking, but where they are drinking those beers. Badges are available, for example, for drinking a beer in a bowling alley, in an airport, or for frequenting the same restaurant or bar a certain number of times within a given timeframe. The app can be linked to Twitter or Facebook and, in a particularly brilliant stroke, used to upload a picture of the beer one is drinking.

Moreover, Untappd aggregates (and sells) voluntarily-shared data that is of immense marketing value to brewers, distributors, retail managers, restaurateurs and bar owners. It helps beer brands and retailers to figure out what is successful, where it is successful and allows them—at least to some extent—to forecast sales.

Gamification Is A Powerful Tactic for Attracting Loyal Foodies

In an era when consumers are presented with an ever increasing array of food choices, it can be quite a challenge for entrepreneurs to establish solid, predictable sales growth. Gamified apps like Untappd and Schlotzky's Stackin' the Original are changing the face of American food culture and helping companies to reach out to Millennial consumers where they live: online and mobile.