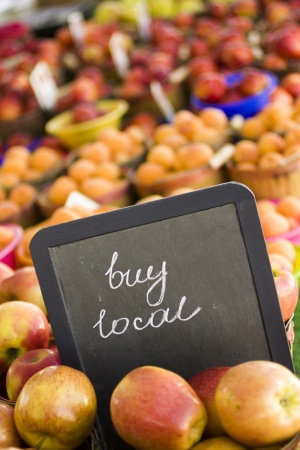 Organic foods have, in the last 15 to 20 years, become big business and one of the hottest trends in the food industry. There's no sign that business is going away; sales of organic products are steady. But the growth of organic sales has flattened. Why? Have we reached "peak organic," so to speak? Or is the bloom starting to come off the rose?

A recent consumer survey by The Hartman Group found that many people are starting to question the value of the USDA's "Certified Organic" label. The firm suspects that the value of the label may have become, in its words, diluted. Many shoppers have noted, for example, that organic labels are often now to be found on processed foods that line supermarket shelves.

If the whole point of buying organic foods is to avoid harmful pesticides, preservatives and additives— in short, to eat more naturally— then consumers must of course wonder how such labeling can appear on what, from the long view, appear to be unhealthy fast-prep and junk foods.

That's what The Hartman Group believes.  The group found that consumers who purchase organic foods share a common bond— they don't trust food producers and the government to regulate safety. But the firm also found that many of these consumers don't have a good grasp of what the "Certified Organic" label entails or the rules under which it may be used. Consequently, it appears to many of these consumers that the label is being misapplied or, at best, too liberally awarded.

It's not helping the market, either, that as new producers and additional capacity are expanding the overall supply of organic foods, the prices of organic food products have been (in the aggregate) falling. Consumers expect to pay more for organic foods; if the price is falling, many believe, there must invariably be non-organic products sneaking in and contaminating the supply.

So where are health-conscious consumers placing their shaken trust? The Hartman Group found that many are increasingly seeking out locally-sourced produce and locally-produced food items.

Why? What about "local" says trust? Good question. It may be that if, as the research firm noted, this segment of consumers has a deep mistrust of federal regulators and of large food conglomerates, that their near neighbors somehow seem more trustworthy. It seems like— and you'll pardon the pun— a natural supposition.

There's another potential element at play, though. Consumers may feel that the proximity of local farms and local suppliers mean that they could, if they so chose to do, go drive by and/or inspect those suppliers in person. An organic-valuing consumer in Ohio, for example, may feel that a head of organically grown, non-GMO lettuce from a farm outside Columbus is more easily verified as a "healthy" piece of produce, relative to a head of organic lettuce from a farm in far-away California.

And, too, buying local produce and locally-made food items means keeping money in one's own backyard. Following years of job loss due to off-shoring, Big Box-ification and e-commerce, the Great Recession, and 40 years of stagnant (and in many cases falling) real wages, American consumers have become highly sensitive to the need to protect the health of their local economies. Buying local means jobs for one's family, friends and neighbors. It means community progress. It means hope for near-term and future prosperity.

How Can Food Producers Cash In on the Trend Toward "Local?"

Finding new opportunities to source or produce locally makes good business sense. It reduces transportation costs. And if, as The Hartman Group found, consumers expect to foot the bill for meaningful organic labeling and increased access to local produce and locally-made foodstuffs, the potential for high profit margins is clearly there.

"Buying local" isn't just the newest in a series of  trends in the food industry. It represents a paradigm shift in the consciousness of the American consumer.