Has the Private Label Revolution Arrived in the Food Industry? 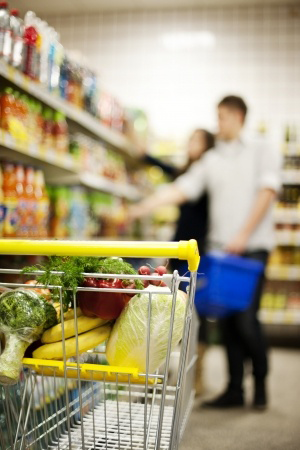 But even in the wake of the 2008 Great Recession—when traditional economic theory would hold that cheaper, generic store goods should have been able to grab grocery shopper share from expensive brands—the success of private label foods has been somewhat mixed. Some private line categories even saw sales decline in the midst of the economic downturn.

Part of the problem may be that American shoppers have become increasingly enamored with the trend toward snackification. Americans simply aren't cooking as many regular meals at home anymore. They eat in smaller, flavor-packed bursts. They eat on the go. They want ready-to-eat meals or, at most, heat-and-serve. They're not purchasing and cooking with as many of the staple ingredients that have long been the lifeblood of private label product lines.

Established brands have capitalized heavily on the snackification trend. According to a recent study by the Hartman Group, food brands that make products "associated with indulgence and highly intentional snack occasions" actually gained share, relative to generic food lines, during the recession. Why?

"It's the brand narrative, stupid!"

Food Navigator-USA's Maggie Hennessey attributed that surprising find to brands' success in building a strong heritage narrative with consumers. Let's test that hypothesis here. Would you, dear reader, rather eat a pint of:

They're both available in the frozen dessert aisle at Safeway. They're the same weight. Similar taste and nutritional profiles (both soooo bad for you, but soooo delicious). But one costs about a dollar less a pint than the other. Which do you want?

Many of you undoubtedly opted for the Ben & Jerry's pint despite the higher price tag. But why?

Is it the groovy package design? Are you really that concerned about the potential presence of bovine growth hormone in the base milk? Or do you just like Vermont-produced milk better than any other milk?

More likely, you just perceive that Ben & Jerry's is a great-tasting, high-quality ice cream. And if you're going to indulge, you're going to go all out when you do. That's a brand narrative talking—one that's been carefully cultivated for the past 35 years.

Back when Ben & Jerry's first hit the scene, soft-serve ice cream ruled the American landscape. Store-bought ice cream was full of filler air. But in stepped a couple of environmentally-conscious ex-Deadheads with a churn and a dream: rich, creamy goodness in a wild variety of funky flavors.

And even though the company was eventually bought out by mega-conglomerate Unilever and has faced increased competition from private label lines with similar flavor profiles, richer-than-before "mouth feels" and cheaper prices, the Ben & Jerry's line has continued to thrive. Unilever has done an excellent job of maintaining the line's whimsical (sometimes risqué) marketing, its adherence to careful quality control standards and, above all, its carefully crafted brand narrative.

Private label lines will always be at a disadvantage in that area, when juxtaposed against a well-developed brand, in the era of snackification. Until—and unless—the average American grocery shopper starts buying staples to cook at home again, the ready-to-eat or fresh, branded product is likely to win out.

How Can Private Labels Compete?

Take even more cues from successful brands: become a "brand" without being a brand. We've seen several stores up the quality of their private label marketing with updated names and better packaging design. We've also seen a movement toward diversity in flavors and toward the inclusion of healthier ingredients. Now we need to see a more concerted effort made on storytelling.

Private label lines often have a price advantage. If retailers can successfully parse pricing into their product narratives, they just may be able to regain some of the ground they are losing to brand names.