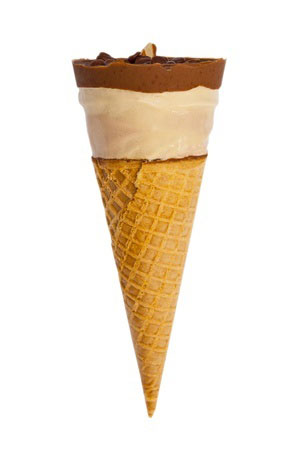 Although American eating habits have changed for the better over the past 20 years (remember all those Twinkies your mother packed in your school lunch?), there is still one special, delectable treat that no health food craze can push into junk food oblivion-- and that is chocolate.

In fact, the American love of chocolate is so strong, that even in a year when the nation's health consciousness is stronger than ever, Mars, Inc. is getting ready to open its first new candy-making facility in 35 years due to the increasing demand of chocolate-loving consumers of iconic candies. Located in Topeka, Kansas, the new Mars plant is designed to deliver 14 million Snickers bars (the bite-sized kind) and nearly 40 million packages of M&Ms to stores each day.

3 Reasons Why We Can't Help But Love Chocolate

According to Scientific American, most humans are biologically predisposed to love chocolate in a number of ways:

When the effects of these chemicals are combined, it's no wonder humans crave chocolate, even though it's calorie-rich, high in fat and a contributor to atherosclerosis.

The Primate In Us Loves Chocolate, Too

Ripe fruit offers a higher sugar content than fruit that hasn't completely ripened. Five million years ago when our ancestors stumbled upon a tree heavy with ripe fruit, they probably jumped for joy. Sugar in any form provides energy and creates energy stores (fat) that are needed for survival during times when food is scarce.

According to Harvard evolutionary biologist Dr. Daniel Lieberman, "Sugar is a deep, deep ancient craving." After all these years, American eating habits still haven't changed-- much.

The World Health Organization reports that the average U.S. citizen consumes approximately 22 teaspoons of sugar each day.Processed sugars (different from their healthier counterparts found naturally in foods) are hidden in foods that most Americans wouldn't consider "sugary", such as bread, peanut butter and canned vegetables. Consequently, most consumers eat five times more sugar than they think they are eating--and also suffer the effects of consuming too much sugar.

Sugar and the Obesity/Diabetes Epidemic

In response to the bad rep that high fructose corn syrup is getting, restaurants, suppliers, and other members of the food service industry are reacting appropriately by finding healthier alternatives to HGCS or simply not serving or selling foods containing high fructose.

A recent press release reports that Sara Lee removed HFCS from its 100 percent whole wheat bread while Kroger Supermarkets has eliminated HFCS from its store-brand cereals. Even Pepsi feels the heavy influence of consumer distrust for HFCS and now advertises a new Pepsi made with "real sugar".