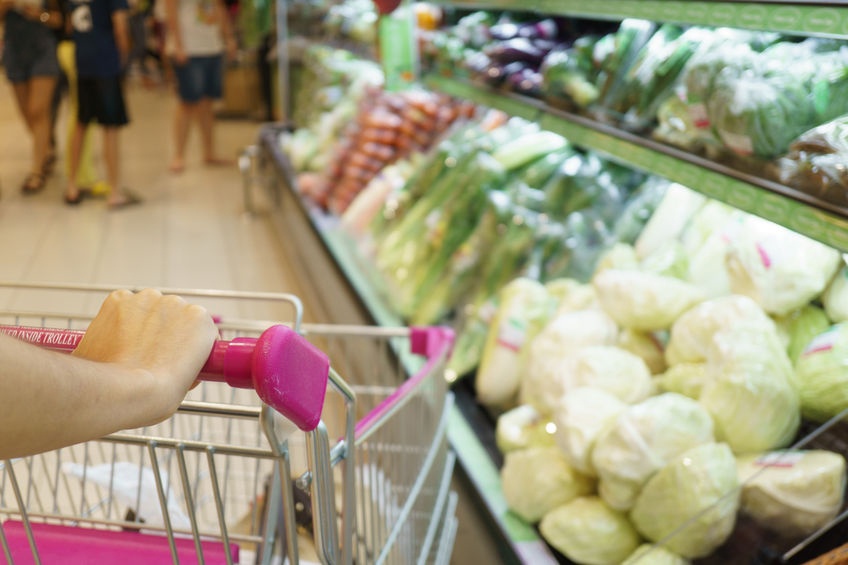 A growing number of healthy living and fitness experts have been encouraging grocery shoppers to "shop the perimeter" at the supermarket in order to find healthier foods. The advice proceeds from the fact that large grocery stores often place the foods with the least amount of preservatives on the outer rim, and natural foods with few preservatives are en vogue.

Think about it: The fresh produce section, dairy products, eggs, the deli, the butcher counter, live seafood tanks and the bakery are all typically located around the edges of a store. Most items in those sections aren't processed and prepackaged. Some — like whole-grain breads, gourmet sushi and other artisan foods — are made right on site. Plus, foods on the perimeter tend to be larger in volume; they take up more space to display.

Consumers want healthy and fresh foods as they become increasingly conscious of their overall health. Grocers want shelf-stable foods to minimize spoilage and waste. Producers, it seems, are caught in the middle — they want to meet shoppers demands and sell product, but they also need to keep their retail partners happy. It’s certainly going to be a challenge to find a way to strike a balance.

But what if we have the question wrong? What if the true dilemma isn’t creating products that appeal to the demands of both retailers and end consumers, but, rather — provided that the fresh food trend continues unabated in the long term — whether or not the supermarket as we know it is about to become a thing of the past?

As consumers demand more and more low-preservative, organic and even ready-to-eat foods, shelf space may become less necessary and might be minimized. We may start seeing grocers move back toward an open market layout.

Competition is also forcing foods out to the perimeter.

We've already seen some movement in that direction. High-end stores like Whole Foods and Trader Joe's, for example, typically have fewer shelves than a normal grocery. Whole Foods emphasizes prepared foods situated along a series of island stations. Trader Joe's shades toward bulk products and bin displays. Given the success of these concepts, mainstream grocers may start moving that way, too.

And there's another driving factor: Walmart. Traditional grocers are upping the ante in their competition for one-stop shoppers. The large chain grocer, Kroger, for example, recently rolled the latest iteration of its Marketplace concept in which it began stocking men's and women's clothing, shoes and other department store goods for the first time. Some Kroger Marketplace stores are even offering home goods (like bedding, small appliances and furniture), jewelry and expanded toy aisles.

If that concept proves a successful challenge to Walmart's market share, you can bet that Kroger and other grocers will want to free up central aisle space for dry goods, hardware and clothing. And that means it will want to move the majority of its food sales to the perimeter.

Want to stand out in the grocery? Get fresh.

So how can food producers cash in on those bloggers' advice and on-market trends? Is there a way to climb out of the central aisle maze and move your products into the perimeter, where natural food and organic food shoppers are most likely to see them?

One way to stand out is to package in such a way as to appear as if your food should be shelved on the perimeter when, in reality, it could be stored for long periods in central aisles. Sous vide-prepped meats, for example, have a long freezer life, which makes grocers happy. But if the display packaging is the transparent plastic, vacuum-sealed bag itself, with minimal labeling affixed, they would fit better — from an aesthetic standpoint — in a perimeter display with fresh cut meats.

The same line of thinking could be used for artisan foods, too. The more see-through or minimal the packaging, the more an item may look like it belongs with fresh, non-preserved foods. Producers could, in a sense, force retailers' hands by producing food in packaging that grocery shoppers would expect to see on the perimeter.