How Long Will Bogus Health Trends Last in the Food Service Industry? 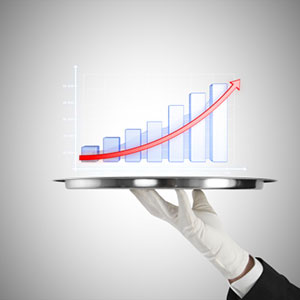 American diners are in love with the idea of health food, but they don't really know much about what constitutes a healthy diet.

According to registered dietician Julie Upton of Appetite for Health: "There is so much nutrition misinformation out there, plus the fact that marketers often use 'health halo' descriptors to sell products, it's no wonder Americans are confused about what's really healthy to eat."

Unfortunately, the Internet has contributed dramatically to the perpetuation of quackery, much like 19th century traveling salesmen persuaded people to believe that cough medicine containing cocaine would soothe a baby's colic. While the FDA and the Federal Trade Commission continuously monitor and regulate food and medical products purporting to provide all sorts of wonderful health benefits, these agencies simply can't keep up with food service industry trends that often compel food manufacturers to take a second look, although unwillingly, at "healthy halos" just to stay in business.

The food service industry, however, could do with a reminder that these trends are fleeting.

What are "Healthy Halo" Descriptors?

Descriptors are based on snippets of information that have been subtly but persuasively twisted by "experts" to assume a dietary concept based on misinformation. An example of a "healthy halo" situation is represented by the latest Dr. Oz fiasco that had celebrity surgeon Dr. Mehmet Oz appearing before the U.S. Senate to address criticisms that he was nothing more than a snake oil salesman.

Other examples of food service industry trends based on misinformation and media hype are many and diverse.

The Case Against GMOs--Or Is There One?

Scan your Facebook feed right now and you will probably find at least one friend who has posted an anti-GMO article. Mistrust of genetically modified foods likely stems from a lack of knowledge regarding the process of genetically modifying organisms, such as soybeans and grains, to make them hardier and healthier.

Unfortunately, when Monsanto first combined the words "genetic" and "modified" to describe food, they neglected to realize that the majority of Americans have probably seen too many bad science fiction movies.

"The American Association for the Advancement of Science, the World Health Organization and the exceptionally vigilant European Union agree that GMOs are just as safe as other foods," writes the editors of Scientific American in the article "Labels for GMO Foods Are a Bad Idea".

In fact, the U.S. Food and Drug Administration has tested all the GMOs on the market to determine whether they are toxic or allergenic. They are, in fact, not.

Quackery Continues into the 21st Century

Although restaurant owners and food manufacturers understandably capitalize on the latest food service industry trends based on the popularity of American eating habits, you must realize that it is only a matter of time until your customers ditch the current round of bogus health food trends for the next.