How Snackification Is Changing the Way We Eat 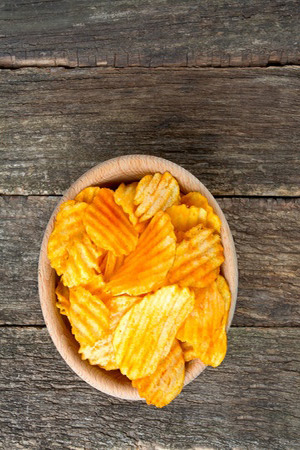 It's called "snackification"— the tendency of modern consumers to substitute a series of snacks over the course of the day in place of the traditional "three square meals" schedule.

Snackification—strengthened by the eating habits of the Millennial generation— has invariably changed American cuisine. Whereas bacon, for example, used to be predominately a breakfast meat, it can now be found as an integral ingredient in burgers, salads and even desserts. And though twenty years ago, it would have been virtually unheard of for a person to order duck at breakfast time, today Huckleberry in Los Angeles serves Roasted Duck Hash. The rules for protein choices have been thrown out; anything goes now.

The rules for meals have been thrown out, too. It seems like every fast food restaurant now has a breakfast menu. In the 1980s, McDonald's Egg McMuffin was the main game in town; now, one can get breakfast at Chik-Fil-A, Arby's, Kentucky Fried Chicken, and even that penultimate satisfier of the late-night craving, Taco Bell.

Moreover, many restaurants are offering breakfast items all day, every day— or at least for a majority of the day. Sonic and Jack in the Box are among those who never shut the breakfast line down while Tim Horton's has extended its breakfast hours to noon, every day of the week.

Why has the traditional meal structure broken down?

What's at the heart of the shift? Our increasingly hectic lifestyles, according to the Wall Street Journal.

The Journal found that percentage of Americans who snack three or more times daily increased over fivefold in the last 35 years, from 10 percent in the late 1970s, to 20 percent in 1990, to 56 percent in 2010. Almost half of Americans say they regularly skip meals; almost two thirds of us don't plan what we will eat until an hour or less before eating.

When shopping in grocery stores, more and more Americans look for grab-and-go food items: pre-made sandwiches, pre-cooked meals, no-cook entrees and ready-to-eat snack items that can be purchased and immediately consumed. We've gone from a nation of meal planners to one of craving instant gratifiers. We have less time to shop, less time to cook, and maybe less patience overall. So, many of us opt to snack in lieu of taking time out to put together whole meals.

Are high-protein and high-fiber snacks a potential cash cow?

High-protein foods are known to reduce rebound hunger; essentially, they make a person feel fuller longer. And high-fiber foods— especially roughage— make us feel more full by delivering what tend to be lower calorie loads spread out over a higher food volume.

Food companies looking to cash in on the snackification revolution have already started turning to high-protein foods as a way to satisfy the market. The recent success of Greek yogurt and Icelandic skyr products— both denser in texture and higher in protein than traditional yogurt— or of natural protein bars like Cliff and Kind, demonstrate that some producers have been paying attention.

There also seem to be more "healthy" and "organic" heat-and-serve options finding their way onto grocery shelves. Amy's Kitchen, for example— which offers non-GMO frozen foods, an array of gluten-free options and even vegan-friendly burritos— began as a small start-up in the late 1980s, but has now become one of the largest organic snack food producers in America. And with the growing trend toward incorporating more plant-based ingredients in snack food, Americans' snack-time protein choices have become much more varied.

The bottom line? Snackification doesn't seem to be slowing down. Food companies would be wise to play to it by offering more ready-to-eat grocery items. And restaurants should try to make food less messy, more portable and to offer a wider variety of items over the course of the day, instead of limiting "breakfast items" and "dinner items" to increasingly arbitrary traditional meal times.