Innovative Foods and Other Purchases the High-End Buyer Will Make 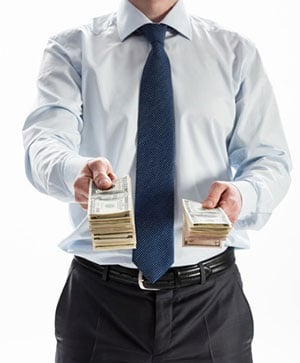 There's an interesting shift afoot in the food service market. Consumers are becoming a bit paradoxical.

In the post-Great Recession age, they continue to demand more and more premium products, but they want more for less. This is, according to some analysts, creating a depression in the demand for mid-market food goods and polarizing the market into two types of offerings: low-end and high-end.

During previous recessions, we would have expected budget-conscious consumers to temporarily substitute low-priced, inferior goods in the place of the higher-priced, higher-quality goods they formerly bought, then return to those higher-quality goods once their income rebounded. But that doesn't seem to be the case in this cycle.

There seems to be a new type of consumer, born and bred in the social media-frenzied soup of the 21st Century, who is not willing to sub entirely away from high-end goods. In effect, the Haves are continuing to have, and the Have-Nots are trying to keep up appearances.

Rabobank, which specializes in financing for the food retail sector and for agribusiness, has defined this behavior as a new "hybrid consumer"— one who will substitute toward inferior goods for basic staples like produce or grains, then use the savings not to get ahead, but to continue purchasing premium goods.

It's an interesting case study in economics. The question for food service providers and food retailers, though, is how does one profit by it? Moreover, in the long-term, is such a market sustainable?

Contrary to Rabobank's assessment, such behavior is not unprecedented.

Social pressures have always played into consumer preferences and this can be seen in previous periods of economic turmoil.

In the 1930s, during the Great Depression, Hollywood movies were more successful than ever. Although attendance had dipped by 40% by 1933— the height of the crisis— people still flocked to theaters nationwide, even though the admission price was a luxury that few could really afford.

Why? The answer is simple: escapism. They wanted to catch glimpses of glitz and glam on the big screen. They saved their pennies wherever they could just to have a few brief moments away from the pressures of winning daily bread. Moreover, many families wanted to reassure themselves that they had not actually fallen out of the middle class. If one could still afford a Saturday matinee, it couldn't after all be that bad, could it?

In the Gilded Age, prior to the Panic of 1893, big, ornate, neo-baroque jewelry had been all the rage among wealthy and middle class women. When the financial crisis hit, many did stop buying high-end jewelry. But a new market sprang up for gaudy costume jewelry.

The impetus for it was the same: these people wanted keep up appearances, because their social status was, in part, perceived to be tied to what they could afford.

It may be that food preferences in the recent Great Recession, and during our slow recovery from it, are merely extensions of this type of behavior. Sure, you might need to buy budget pasta and off-brand ketchup. But if you can still afford that extra-premium, cold-pressed, virgin olive oil you saw on the Food Network, there's still hope.

So what high-end, innovative foods are tapping into the new market?

Any product with a perceived better health benefit is going to be a player. As the success of Chipotle and other newcomers over long-time Tex-Mex fast food dominator Taco Bell has proven, fresh trumps frugal in the current market.

Is Chipotle "high-end?" No. But its products are double the price of its opponent.

Look at the US beer market. Over the past two decades, dinosaur big breweries like Budweiser and Miller have watched their sales shrink as they lost market share to "craft" and "micro" breweries. People were bored with bland Pilsner taste. In the bubble economy, exciting recipe revivals like IPAs, bocks and hefeweissens took off. And in the 2008 downturn, people didn't start buying High Life again; they kept buying the newest brew tastes.

Gastropubs sprung up in every city. Strange new concoctions like honey blueberry ales popped into the market. The entire industry fragmented, driven by consumers' voracious appetite to be onboard for the Next Big Thing.

To be on the cusp of food service market trends, that takes experimentation in the kitchen. It takes food innovation.