Innovative Technologies May Hold the Key to Food Safety 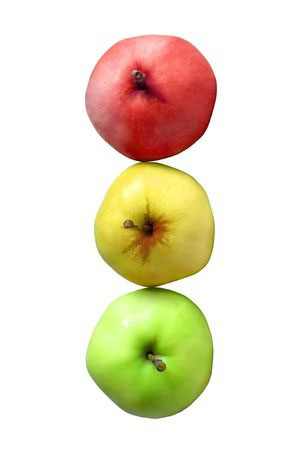 No conclusive evidence has been discovered that would link food served by a Minnesota Applebee’s restaurant franchise to an E. coli outbreak (specifically the E. coli 0111 strain). But after the Minnesota Department of Health discovered that a dozen of the infected individuals had eaten at the same location, the restaurant chain has decided to take action in anticipation of consumer fears over tainted food.

The preemptive measure may turn out to be a wise move on the part of the Applebee’s franchise.

A Look at the Details of the Minnesota Outbreak

Though no source has officially been determined for the bacteria, one of the common sources of infection from this shiga toxin-producing strain of E. coli is contaminated vegetables and raw fruits. And preliminary investigations have prompted the Applebee's franchises operating in Minnesota to voluntarily remove certain fresh produce from their menus for a time to allow the CDC and state health agencies to continue their investigations.

But even with final results still pending, Applebee’s has already taken decisive action. The restaurant chain has announced that it will be searching for alternate suppliers for Minnesota franchises— a move that will be permanent no matter what the results of the food safety investigation.

The Need for Innovative Food Technologies

As food safety continues to be a concern for American consumers, restaurants that are pinpointed as the epicenter of food poisoning or other food-related illnesses will have no choice but to drop suppliers who are suspected of providing tainted foods.

Food distributors, packers, and other vendors who don’t want to find themselves dropped, must invest in innovative food technologies to preempt consumer fears of contagion.

A French-pioneered style of low-temperature cooking that was first developed in the 1960s as a way to prepare industrial foods on a large scale. Food (usually meat, but vegetables can also be cooked sous vide) is vacuum sealed in a food-grade plastic bag then submerged in a water bath at a tightly regulated temperature— usually the temperature it will be served at. Cooking food in this way dramatically reduces risk of cross contaminating or under-cooking.

This more modern food technology prevents the growth of pathogens on packaged food. A controlled amount of FDA-approved, antimicrobial agents are applied to food packaging itself—either during manufacture or just prior to distribution— in order to inhibit the contamination foods and extend shelf-life. There are a range of different types of antimicrobial packaging which include anything from the direct incorporation of antimicrobial agents into the polymers of a packaging material to the adsorption or coating of the packaging to the less common use of covalent linkage.

3. Irradiation: Putting on the High Beams

A non-thermal method for killing bacteria using gamma rays, X-rays or electron beams, the high-energy beams employed by irradiation does not alter the food itself, but causes damage to bacteria and parasites, making it impossible for them to reproduce. In several studies, irradiation has proved effective in preventing E. coli from affecting seed sprouts.

In addition, irradiation offers three specific advantages over conventional food safety practices: it doesn't create ice crystals in food as freezing would, it doesn't leave behind chemical residue, and it can be used in combination with antimicrobial food packaging.

As seaweeds contain large amounts of antioxidant, antimicrobial phytochemicals, adding seaweed extracts to food products not only improves the nutritional value of foods, but can also help reduce or eliminate the need for chemical preservatives. Moreover, seaweed's antimicrobial compounds may be able to protect perishable foods from spoilage and contamination by pathogens such as E. coli.