Inside the Mind of Millennials: A Market Segment on the Rise 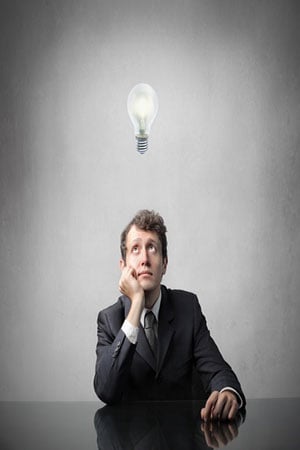 News flash: the Baby Boomers (people born roughly between 1946 and 1964) no longer make up the largest portion of the United States' population. Food companies whose product development and marketing strategies are still oriented toward them are facing serious problems. To remain competitive, they must attract consumers among the now-largest consumer group— Millennials.

According to US Census Bureau data from June, 2014, people born between 1982 and 2000 now make up 26 percent of the population, compared to 24 percent and falling for the Baby Boomers. There are now more 23-year-old individuals alive in the United States than persons of any other age— individuals that were born in 1991-1992, who have no recollection of the booming post-war economy or the 50-year simmering clash of superpowers, and who came of age in an era of much less consumer confidence than their parents enjoyed.

"For all the rebelliousness of the ’60s and early ’70s," the New York Times' Dionne Searcy wrote of the Baby Boomers, "most ended up buying houses in the suburbs, eating at fast-food restaurants, and acquiring spacious minivans and S.U.V.s despite having relatively small families."

Whereas, "baby boomers created an economy fueled by credit cards and trips to shopping malls as they came of age in a time of relative affluence," she asserted, "today’s young adults— in part because they came of age in a harsher economic climate, in part because they have many more choices— are putting off major life decisions as well as the big purchases that typically go with them. As a result, their consumer behavior is unpredictable."

If Millennials are unpredictable, what's the use of trying to figure them out?

Though their buying power has been somewhat hampered by large student debts, lagging wage growth and a slower-than-expected Baby Boomer retirement rate in the years following 2008's Great Recession and the subsequent burst of the US housing bubble, the younger generation's long-term consumer outlook is somewhat more rosy than it may first appear. It may sound callous, but the Baby Boomers can’t work forever. And as they do retire, the Millennials will replace them in their jobs. It's an inevitability.

The key to understanding their consumer choices is to know that Millennials are flexible about their purchases; they are driven by a desire to make sensible, efficient and ethical purchases, but this desire is tempered by financial pragmatism.

The result, according to Jeff Fromm, a Millennial marketing consultant interviewed by the Times, is that they "trade up and trade down."

Another challenge that marketers face in reaching out to young adults is that the Baby Boomers, for the most part, insisted on pushing the pursuit of college educations on their children. The undergraduate degree is, to the Millennial, what the high school diploma was to the Baby Boomer— a bare minimum requirement for applying for a living wage job. To move up to (or even stay in) the middle class, a young adult now needs a master's degree.

Subsequently, Millennials have become the most highly-educated generation in American history. And all that education, married to crushing debt and a lack of upward mobility, has contributed to a deep sense of skepticism— if not downright cynicism.

Millennials want access to the latest knowledge and— as the boom in the craft food and craft beverage industries has taught us — they want as much variety as possible. But they are highly suspicious of advertisement.

"While baby boomers, not surprisingly, outspend millennials by a wide margin, millennials already represent $1.3 trillion in consumer spending, out of total spending of nearly $11 trillion, according to a study by Moosylvania," Searcy wrote. "Young adults, the study found, need a lot of reassurance but don’t like to be marketed to."

How does the consumer shift toward Millennial sensibilities affect food marketing strategy?

Just ask fast food restaurants. According to Adage's Maureen Morrison, "McDonald's may be the country's No. 1 fast-food chain and one of its most-beloved brands, but when it comes to millennials, the Golden Arches says it doesn't even rank among the demographic's top 10 restaurant chains."

Morrison quoted a McDonald's corporate memo that said its, "customers are consistently telling us, particularly millennials, they expect variety, more choices, customization and their ability to be able to personalize their food experience."

As a consequence, McDonald's last year continued its move away from simple burger-and-fry fare and began heavily marketing its (ostensibly healthier) McWrap sandwich line which, the chain hopes, will bring Millennials back from competitors like Subway, Chipotle and Panera.

Even Burger King, home of the venerable Whopper, is now offering veggie burgers and is experimenting with giving customers more choices. The company recently reintroduced the Yumbo— a hot ham and cheese hoagy— which it last featured the 1970s.

While that "may be an odd choice for a chain that's now run by Millennials— its CEO is 34, and other key executives are in their late 20s," said Kim Peterson, of CBS News, the move toward Burger King's offer of more variety is clearly an example of young adults' preferences driving food product development.