Is a Radical Break from Traditional Mealtimes Bad for Business? 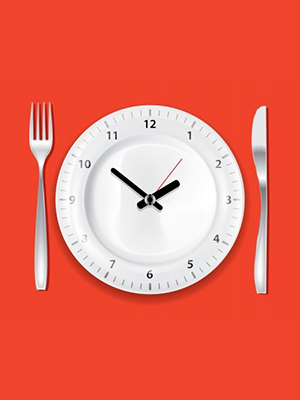 The restaurant industry relies, in part, on consumers' adherence to the three traditional meal times: breakfast, lunch and dinner. Wait, traditional? Who says?

According to Mother Jones, the development of these ritualized three squares is relatively recent in human history. It's a product of Western-style, agricultural civilization. Hunter-gatherer societies, like the Native Americans, ate whenever they could. Often that meant feasting when food was plentiful and fasting when it was not.

Now that, in an age of busy lifestyles and second or third jobs, Americans are moving away from observing rigidly defined mealtimes, snackification is becoming king. But is that bad for the restaurant business?

When People Eat Anytime They Want, Staffing Can Be An Issue

One way that snackification may prove challenging to the restaurant industry is that it makes scheduling a total headache.

Let's say, for instance, that you manage a mid-sized, sit-down casual eatery. In the past, you knew what your peak service times were: 7 – 9 am for breakfast, 11 am – 1 pm for lunch and 5 – 8 pm for dinner. You could thus staff for the surges.

In between peak meal times, you could cut out a few of the wait staff or divert them to restocking and cleaning duties. You could idle a grill or oven for a few hours and save on energy expenditure. The most successful restaurant managers were those who could intuitively monitor flow through the dining area and successfully minimize costs minute-to-minute; it was truly a game of derivatives.

Now, though, consumers want to be able to eat whatever they want, whenever they want. Oh, there's a 12-top that wants a mix of breakfast, lunch and dinner entrees coming in the door at 10:30 pm, even though you just let half your wait staff walk and you're already starting to break down the line? Seat 'em. We need the revenue.

A single diner at 10 am who wants a lean chicken filet, steamed broccoli and a protein smoothie, because she just finished her daily workout and nothing looks "healthy" enough on your breakfast menu? Fire up that grill and hide the butter.

For dine-in restaurant managers, snackification is quite a challenge. Even QSRs like McDonald's — well known for its rigid adherence to the principle of Separation of Breakfast and Lunch — is starting to bend.

The Problem Of The Small Check

There's another problem that restaurants face in our Super Modern World of Snackification: if people are eating smaller portions, they're spending less per visit. Advocates for smaller, more frequent food intake would say that this is no problem—the revenue for restaurants would even out with increased volume, as more people stop in, more often.

But what happens if a restaurant's menu is constructed around only a few signature dishes? What if even their smaller-portioned menu offerings still pack big calorie loads? What if their most popular protein choices must slow-cook, or take 10 to 15 minutes to cook? Does snackification signal the end of the steakhouse as we know it?

It may. Simply put, many restaurants will likely be forced to rethink their menus and their business models. They'll need to accommodate for unpredictable traffic. They'll need to meet consumers' demand for quick cook or prep times. Most of all—and this is especially true now, given that provisions in the Affordable Care Act require calorie listings on menus—they'll need to start selling healthier food.

Doesn't The Very Concept Of "Snackification" Contradict A Healthy Lifestyle?

Depends on what people are snacking on. A piece of fresh, organically-grown fruit? No problem. A highly-processed, sugar and fat-loaded candy bar? Of course that's unhealthy.

Many dine-in and quick-serve restaurants feature entrees that have relatively large calorie loads. Many think that a 500-calorie sandwich should qualify for the "light" area of the menu. Unfortunately, we have a long way to go to change this sort of thinking.

Is snackification bad for business? No, but it is different. Restaurants would do well to adapt.