Is Calorie Counting Going the Way of the Dodo? 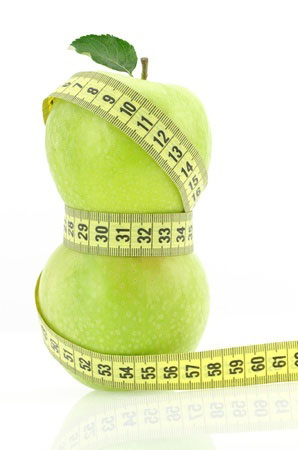 In one sense we have, as a nation, become more health-conscious over the past 30 or so years. Whereas in the 1980s, it was nothing to pile the kids in the car and head on down to McDonald's for a fast, easy dinner of Happy Meals and shakes, today most Americans at least recognize that this is not the healthiest option available.

There have been concerted public health initiatives to raise awareness about the dangers of a high-calorie diet: obesity, diabetes and metabolic syndrome, heart disease, strokes and even a slew of cancers. One of the latest, the Affordable Care Act's requirement that calorie counts be listed on chain restaurant menus, as well as on all store-bought food product labels, is somewhat controversial. And at the heart of that controversy is the question of whether calorie listings are at all effective at changing consumers' behaviors.

Do consumers even understand the implication of a food's calorie count?

If you were to ask the average American what the recommended daily calorie intake is, you're likely to hear a wide variety of answers. Moderately health-conscious people will probably tell you that 2,000 calories per day is ideal. Unfortunately, that's a misconception.

The 2,000 recommended daily calorie intake is based on the Centers for Disease Control and Prevention's (CDC) average for all Americans, which does not account for metabolic rate variations inherent to differences in average daily activity level, weight, height, or even genetics across the entire population. A short, relatively inactive person with a slow natural metabolism will require far less than 2,000 calories per day to avoid gaining unnecessary weight; a tall, muscular athlete with a high natural metabolic rate might require 4,000 or more calories just to avoid losing lean muscle mass.

Moreover, as James Hamblin noted in a recent article on The Atlantic, calorie counts don't necessarily translate into practical terms for the average consumer.  If a calorie count is listed at 250 per serving on a given food product, not every consumer is sophisticated enough to also check the listed number of servings per package and thereafter to do the necessary math to figure out

(b) The percentage of a person's ideal daily calorie recommended calorie intake is represented by consuming that entire package of food.

That's not to say that no one can do the math, but even for those who do, the likelihood of consumers keeping an up-to-the-minute calorie intake log, or to exhibit willpower over the course of a day, is low.

It's quite easy for a consumer to order a 750-calorie breakfast item (37.5% of daily calories, assuming a person needs 2,000 per day) then vow that a high-calorie lunch is out of the question. Inevitably, life intervenes. That same person gets a spur-of-the-moment business lunch invitation, ends up eating a 1,700 calorie, employer-purchased lunch at a fine restaurant, then goes home and indulges in a pint of ice cream after a stressful afternoon at the office.

So if not the calorie count, what then?

One of the new trends in food service is to render calorie counts in practical terms, like the number of minutes the average person must spend strenuously exercising to work off the calories taken in. That sort of system, of course, faces the same limitations that the calorie counts themselves face: exercising for X number of minutes may result in different quantities of calories burned, based on type of exercise and individual's different metabolic rates.

Rendering calories in these terms, though, doesn't necessarily need to be precise. One could, at the very least, raise awareness among consumers about the relative impact of a food item on a person's health.

As one Johns Hopkins researcher found, putting such information in juxtaposition to a food choice does indeed influence a consumer's behavior— both in the short and long terms— and causes consumers to opt for healthier portions and healthier items.

Where to set the thresholds for "high-fat," "high-calorie," "low-fat" and "low-calorie," are, however, in question— again, 200 calories taken in do not have the same impact on health for a highly-active, tall person that they would have for a short, sedentary person.

Certainly, there are flaws in— and challenges to— the current calorie labeling system. So maybe the answer is increased dietary awareness education, particularly early in a person's life?

Certainly, early childhood anti-smoking messaging has been shown to be effective in reducing the rate of tobacco abuse. Contraception and sexually transmitted disease education has reduced the incidence rates of teen pregnancy and new infection in the United States. The same tactics could be employed to reduce epidemic obesity.

New trends in food service are largely dictated by consumer preferences. If consumers over time lose their appetite for high-calorie foods and large portions, because they were educated early on about the consequences of caloric over-intake, food producers will inevitably bring healthier foods and healthier portions to the market.