Is It Too Late to Reverse the Tide of Anti-GMO Sentiment? 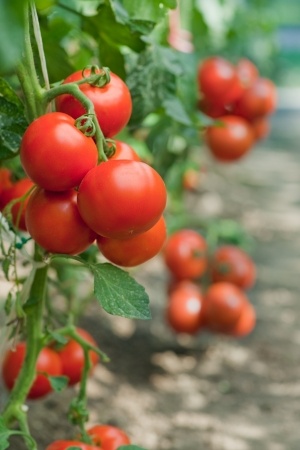 Genetically modified organisms (GMOs) are genetically engineered so that their DNA as specific changes to it. The use of GMO food has grown dramatically in past two decades since the introduction of the Flavr Savr tomato that displayed delays in ripening after harvest.

Despite their potential benefits, distrust of GMO foods is deep rooted in the United States, and the food industry may need to prepare for anti-GMO policies as engineered foods continue to make food safety news.

The Controversy over GMO Food Is Fierce

The general scientific consensus is that GMO food is safe, but opponents of GMO foods continue to raise concerns. They point out that given the relative newness of genetic modification, studies have not been able to look at long-term effects and that scientists cannot be certain that these foods will not turn into bad news for food safety. There are a few additional concerns with the production that have merit.

What Happened in Oregon

The controversy over GM food is manifested in the political arena, with, in contrast to their typical stances in support of scientific developments, liberals tending to oppose it. While no federal regulations prohibit GMOs, proponents of GM foods suffered a setback recently in Jackson County, Oregon.

In the May primary, voters passed a ban on GMO crops in the county. These are some of the bill’s provisions.

The ban is unlikely to affect many farmers in Jackson County, however, since only about 12 farmers used genetically modified crops—mostly sugar beets from the Swiss seed supplier Syngenta and alfalfa—but Hawaiians may not be so lucky.

On the island of Hawaii, a new bill has been sponsored by Margaret Wille of the County Council that would ban all genetically modified crops on the state’s big island, even those used for research purposes—against the warnings of scientists from the University of Hawaii— and impose hefty fines for violations of the bill.

As the issues stands today, a large percentage of Americans are concerned over the safety of GM crops, and those who speak out against GMOs seem to have the loudest voices. Trader Joe’s proudly proclaims that it sells no products with GMOs. Whole Foods is planning to label its GMO-containing products within a few years. Organic farmers also oppose GMO foods. And influential celebrities and television talk show hosts have added fuel to the fire.

If the anti-GMO sentiment is not overcome and GMO foods are banned in the United States at some future date, the effects could be felt not just in the US—but across the globe. Because of reduced yields, the cost of cereal crops, fresh produce, and products containing ingredients such as canola and soybean oil and sugar could go up dramatically. Meat prices would also increase due to the higher cost of animal feed.

Even if we don’t see a ban, anti-GMO sentiment looks to remain high for the foreseeable future, and the food service industry would need to adjust accordingly. Ongoing education and research on GMOs can help shed more light on the subjects so that consumers and policymakers can make sound decisions and avoid unfavorable food safety news relating to GMOs.