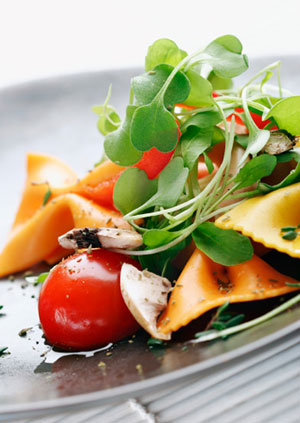 Innovative foods are the lifeblood of the food service industry. Consumers are always on the lookout for the Next Big Taste, the Next Big Diet, or the Next Big Restaurant Experience. If you fail to innovate, or to at least keep pace with those who do, your venture is doomed to fail.

But what happens when you're late to the party? If you stay on the sidelines too long, only to jump on to the tail end of a food fad, you could have a real problem extricating and switching gears when that trend loses steam. We could learn a few lessons from food service history, starting with…

The Curious Case of Dr. Atkins and His Super Amazing Meat Diet of the Future!

Remember when the low-carb diet was the thing?

You couldn't turn around in the supermarket aisle in 2003 without seeing Atkins Diet-friendly products. From snack bars to protein shakes, pre-packaged meats and no-sugar sodas, the market was glutted with the latest innovations in high-protein foods and sugar substitutes.

Stevia carved out a prominent niche in the sugar aisle and that darling of 1980s-era sweeteners, Sugar in the Raw, was relegated to the back of the shelf. Even fast food restaurants got in on the act. Jimmy John's began selling lettuce-wrapped subs. McDonald's introduced the McWrap and discontinued its lackluster McSalad Shakers in favor of a more robust, full dinner-sized Premium Salad line. One just couldn't get away from the high-protein hype.

By the middle of 2004, amid negative media reports about the potential long-term health consequences of an extended low-carb diet, sales of Atkins Diet-inspired products had fallen by half. By 2005, they were nowhere to be seen.

"In fact, the slide was so swift for Atkins," wrote Margaret Webb Pressler, in the Washington Post's 2005 Atkins Diet post-mortem, "that the company, which had expanded with an extensive line of frozen foods, was forced to throw away 'millions and millions of dollars' worth of products that didn't sell."

So what happened? Like all fads, Atkins came to an end (morphed, really— first into South Beach, then into the "paleo" diet). And what were all those food service providers who had invested heavily in the development of new low-carb products and the marketing of those products to do? Well, they either switched out quickly to produce more traditional food items, or they went bankrupt.

Flexibility, as it usually does in trend-surfing, translated into survivability.

So how does a food service provider position itself to survive the boom-and-bust nature of the industry?

In a word? Research. OK, three words: ongoing, robust research. You need to have your corporate ear attuned to the dietary zeitgeist at all times. And that's going to take a lot of effort on your part.

People can be finicky and fickle, easily swayed by emotive justifications or peer pressure. Get a person in a room, one-on-one, and you can have a frank, rational conversation. Get many people acting in the aggregate, however, and they can behave like a herd of runaway beef.

The reason a company like McDonald's has been so successful for so long— selling as its core product the burger, fries and soda combo even through the Low-Fat craze of the 1980s, the proliferation of Sit-Down Casual the 1990s, the Low-Carb Lunacy of the 2000s and, now, the Fast-'n'-Fresh Furor— is that it never stops researching consumers' preferences. That's why they have rolled out (and sometimes failed with) many niche products and innovative foods over the years.

McDonald's is always responding to the preferences they identify in the consumer market. But they're never afraid to switch gears when research indicates that trends in food service are changing. You never know what will be the next spectacular McGriddle, or the next McPizza fiasco, unless you measure the market.