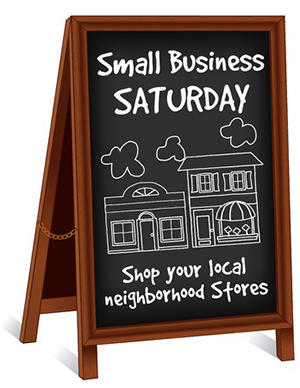 “Buy Fresh, Buy Local”— one of the hottest trends in the food industry. Forty years ago, buying local meant visiting a weekend farmers market or small food co-op mostly frequented by environmentalists and hippies. Today, walk into any major grocery store and there’s a good chance that you’ll be greeted by a produce section boasting locally grown fruits and vegetables. But buying local doesn’t stop at produce— or even eggs, milk or meat. From craft spirits to coffee, the local food movement is expanding to include local manufacturing, too.

Here’s what you need to know to capitalize on this growing trend.

What Qualifies as Local?

The definition of “local” varies and is not always synonymous with sustainable and organic, according to EarthFriends. While, historically, organic, sustainable foods have played a major role in the local food movement— especially at farmer’s markets— there’s no rule that local food is pesticide-free or sustainably farmed and produced. There’s also no rule regarding the specific location where food needs to be produced relative to where it’s sold in order to qualify as local.

Depending on your perspective, local foods could be those grown within a 60-mile radius of your community, grown within your state, or even grown within the United States (when compared with produce that’s imported from overseas).

And consumers recognize that buying local does not mean that the food will be less expensive.

Because of technology advancements that favor mass production, as well as variations in land and labor costs, it can be cheaper to purchase a pineapple grown in Costa Rica rather than Hawaii— even if you’re living on the Big Island. Increasingly, however, price is no longer the primary driving factor for consumer purchasing decisions.

For some consumers, the hidden health costs of processed foods, especially those made primarily with corn and soy byproducts, outweigh their cheaper price tags. For others, buying local is a chance to vote with their wallets and make a statement in support of local small businesses. Whatever the motivation driving consumer behavior, it’s clear that farm-to-table is not just a passing fad, but one of the most popular trends in the food industry that’s here to stay.

How Can Businesses Capitalize on Local Manufacturing?

Thanks to consumer purchasing patterns that now favor locally sourced and produced goods— SNL’s recent spoof of “The Wire” and artisanal mayo is Exhibit A— everything from the gin in your cocktail to the beans in your morning coffee are fair game. Increased market and product polarization favor smalltime producers, creating opportunities for innovation and growth, according to a report by Food Processing.

A decade ago, there were only 60 small-volume, independently owned distilleries opened in the United States. Today, there are more than 600— with hundreds more waiting licensing approval.

“Millennials want authenticity, integrity and story,” says Pennfield Jensen, the executive director of the American Craft Distillers Assn. (ACDA). Jensen says craft spirits naturally appeal to a premium purchaser, and Millennials are one group willing to spend a bit more across the board for artisanal foods and goods in order to guarantee this authenticity.

Wisconsin-based Wollersheim Winery is one of the newest entries into the craft spirits market. Craft spirits are “the next localvore movement,” according to Leah Anderson, Wollersheim’s public relations director. “We focus on authenticity, made in our backyard with a lot of care.”

A similar trend is driving the growth of local coffee roasters.

“We have hundreds of artisan coffee roasting companies, literally with people roasting in their garages,” says Jon Phillips of New York’s Dallis Bros. coffee. “It sounds kind of hipsterish, but it’s making the roaster more of a craftsman or artisan who works with the bean.”

Getting in on the local manufacturing trend doesn’t come cheaply, however, thanks to regulatory license requirements and capital equipment costs. A minimum of $500,000 is usually required for a distillery startup to be a viable business, reports Food Processing. But with a McDonald’s franchisee required to have cash liquidity of $750,000, $500,000 may seem like small beans to a would-be food artisanal gin distiller or coffee roaster looking to cash in on one of today’s hottest trends in the food industry.

And well establish national brands can plug into the local movement, too, buying from local producers or partnering with, or investing in, a small, craft manufacturer.