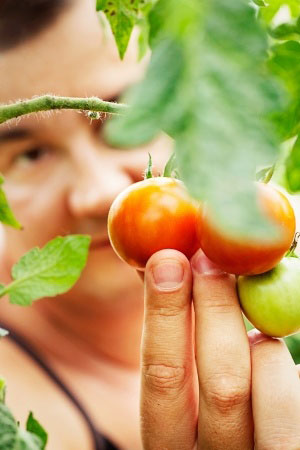 According to a recent NPR piece, one-third of Americans actively try to avoid eating gluten. Whether suffering from celiac disease or just following a trend, millions of consumers have begun seeking out gluten-free options— on grocery shelves and at the restaurant table.

In response to this rising demand, the food industry is evolving right alongside American eating habits. The result? Unprecedented food innovation.

A Closer Look at Celiac Disease

Approximately one percent of the population, or one in 133 Americans, suffers from celiac disease. This autoimmune digestive disease affects the body’s ability to absorb nutrients due to an allergic response to gluten— a protein found in some grains— which causes damage to the lining of the small intestine. Celiac disease sufferers not only experience a multitude of digestive problems, but are also susceptible to many other health issues.

Celiac disease is an equal opportunity disease that impacts people of all age, race, and gender. There is no cure, and the only proven treatment is the adoption of a 100 percent gluten-free diet.

It's currently estimated that 83 percent of Americans with celiac disease have not yet been diagnosed, or have been misdiagnosed with an alternate condition. Due to increased awareness about the condition, research estimates that the celiac disease diagnosis rate may rise as high as 60 percent by 2019.

While one percent of Americans is significant in its own right— approximately three million people— it amounts to only a small fraction of the total number of Americans changing up their diets to exclude gluten.

However, while most people have digestive issues of some kind or another and gluten sensitivities are not uncommon, there is shockingly little scientific evidence pointing toward gluten as the source of all of its attributed evils. In fact, research that set out to support the health problems caused by gluten actually ended up drawing the opposite conclusion: the same scientist who first determined that gluten proteins cause allergies in those with celiac disease concluded that non-celiac disease sufferers had no negative response to gluten in particular. The implication? That the switch to gluten-free relates more to whim than well-being.

Food trends aren't exactly new, and that gluten is having its turn now isn’t a surprise. Over the past 50 years, sugar, fat, and carbs have each had their moment as pariah ingredients.

The Evolution of the Food Industry

Regardless of whether the trend toward gluten-free foods is medically necessary, consumers are in heightened search of more gluten-free options. The food industry is committed to giving them what they want through food innovation.

A recent article in the Journal of Food Science detailed the imperative to create high-quality gluten substitutes. While gluten-free foods have historically suffered from a number of issues, such as low volume, inferior texture, negligible nutritional value, unappealing color, bland flavor, and a quick rate of staling, there is a commitment to improving on these gluten-free products both in terms of characteristics and nutrition.

And while it remains to be seen whether the gluten-free movement has staying power, the fact is that it’s big business right now. In fact, a recent report from market research company Packaged Facts revealed that the gluten-free market is expected to grow to nearly $7 billion (from $4.2 billion in 2012) by the year 2017.

The gluten-free movement claimed the #2 spot on TIME’s list of food trends in 2012 and— regardless of its impetuses— doesn't appear to be going anywhere anytime soon. Food innovation will help satisfy consumer demand by creating new and improved gluten-free products which are both higher in quality and wider in variety.