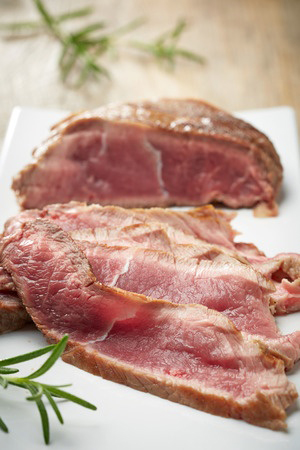 Like many new food technologies, sous vide has slowly begun its ascent into the mass market. The flavor and texture profiles that can be realized under a slow, low-temperature cook, as well as the potential time and cost savings, are simply too desirable for chefs and food entrepreneurs to pass up. And that is triggering an influx of new devices that rely on the principles of sous vide to push the trend to the next level.

How does sous vide provide a better flavor and texture profile than standard, direct heating?

It all comes down to chemistry and physics. As any first-year college student taking his or her science prerequisites can tell you, the boiling point of a substance is dependent upon two factors: temperature and pressure.

Turn over the package of your favorite microwaveable dinner and you can see this in practice— there will inevitably be instructions for cooking at sea level (under "normal" atmospheric pressure) and for cooking at high altitude (where ambient air pressure is lower). At high altitudes, water boils at a lower temperature than 100 degrees Celsius/32 degrees Fahrenheit.

As molecules come under greater stress (higher pressure), or as they collide at higher speeds (higher temperature), their structures can change in unpredictable ways. Intra- and intermolecular bonds form, break and re-form. Proteins, for example, can fold, or "denature," which, in effect, changes their properties (you can see this in action when you cook an egg— heating denatures egg white proteins, and as this happens, the egg white changes in appearance and texture from clear and viscous, to white and gel-like).

Sous vide minimizes these structural changes in food by virtue of cooking at lower, steadier temperatures.

Since the cooking temperature is lower, the molecules that make up the food are jostled around less and are less apt to chemically interact in chaotic ways. And because sous vide foods are cooked in vacuum-sealed bags, the pressure under which they are cooked is by extension also lower, reducing the probability that proteins will denature unpredictably.

In their quest to more fully realize the delicate flavors of various teas and coffees, the makers of BKON set out to develop a negative pressure brewer that could boil water at a low temperature. Their thinking was quite in line with sous vide cooking principles: lower and slower is better for flavor and body.

A BKON user places tea leaves or coffee grounds into a pressure chamber. When the brewer is switched on, water is drawn into the pressure chamber and negative air pressure is applied. The water then boils at a relatively low temperature, extracting the coffee or tea's essential oils with less probability of changing their natural chemical structures and creating unintended chemical byproducts, which would adversely affect the flavor profile. Once the beverage is brewed, the machine reapplies standard air pressure in the chamber and the drink can then be served.

Sous vide is moving out of professional food service settings and into the home.

Sous vide isn't just for the caterer's kitchen, or for high-end restaurants. Home cooks, too, are starting to catch on to the benefits. Now, devices like Nomiku— the first immersion circulator specifically designed for the home kitchen— are proliferating in the market.

Just one year after Nomiku's launch, competing, cheaper home immersion circulators are now available from Anova Culinary (a "new one") and Sansaire (get it? French for "without air," because sous vide relies on cooking food in vacuum-sealed bags— smart branding).

And Nomiku itself isn't done innovating.

The start-up company launched a Kickstarter campaign to fund development of its next-generation, WiFi-enabled immersion circulator, which will allow home cooks to remotely start, monitor and stop the device, greatly improving the convenience factor for busy Nomiku users.

With hundreds of tasty sous vide recipes available online from food bloggers and aficionados, home cooks have plenty of opportunities to try out their immersion circulators and realize the technology's full potential.