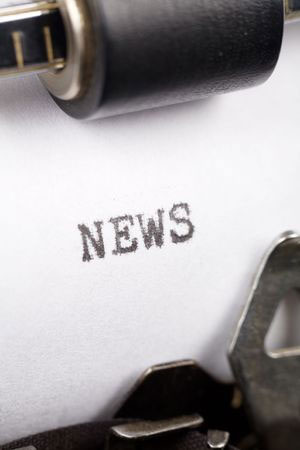 There's good news for bacon fans and the entire food service industry: the deadly swine disease PEDv (porcine epidemic diarrhea virus) which had been so instrumental in driving up pork prices may be old food safety news within a matter of months. The USDA granted Harrisvaccines a conditional license for the first PEDv vaccine, which may finally end the PEDv epidemic that’s had a devastating impact on the bacon and pork industries over the last year.

Industry experts believe PEDv, a virus which only infects pigs and does not affect humans or other livestock, first entered the United States in April 2013, though the first case was confirmed on May 17, 2013.

PEDv, not dissimilar to another common gastroenteritis virus (TGE) that also affects pigs, causes vomiting and diarrhea in infected animals. In younger pigs, including piglets that are less than one week of age, the virus has a 100% mortality rate.

Within a year, PEDv spread to nearly 30 states and caused the death of millions of piglets.

Harrisvaccines is the first in the nation to receive a USDA conditional license, which are granted to meet an emergency or otherwise unmet need, for the PEDv vaccine. To receive a conditional license, a product must demonstrate a reasonable expectation of efficacy while also meeting safety and purity requirements. And the USDA is confident that Harrisvaccines will be successful.  In previous years, the company had successfully produced vaccines after receiving conditional licenses for the Swine Influenza Vaccine in September 2012 and the Rotavirus C vaccine in January 2013.

According to Joel Harris, the Head of Sales and Marketing for Harrisvaccines, the biotech company used rapid-response production methods to create an initial vaccine within weeks after the outbreak.

“Since late 2013, we have sold nearly 2 million doses of this vaccine through veterinary prescription and we are now thrilled to say it has been granted a USDA conditional license,” said Harris in a statement released in June, in conjunction with the USDA's conditional licensing approval.

The impact of PEDv on the swine population has truly been devastating, especially since prevention methods were limited without a vaccine. Prior to the introduction of this new vaccine, prevention was limited to attempts to restrict cross-contamination. And while PEDv and TGE are both coronaviruses, TGE did not offer cross-protection for PEDv. Additionally, no protection was long-lasting, as herds could experience secondary breakouts. Replacement breeding stock needed to originate from a negative herd, which was also difficult to source as the disease spread.

The piglet deaths and subsequent rising bacon prices were a top food safety news story for 2013– and continued to make headlines this year.

PED infection created tremendous financial losses for pork producers-- and also had an impact on consumers, driving up the cost of pork and bacon.

PEDv deaths pushed bacon prices to a record $6.05 per pound in May. Reuters reported that pre-cooked bacon as prices jumped from $12.99 to $14.49 per pack within a two-week period.

Thanks to PEDv and the recent drought in the West, the basic cost to produce America’s favorite sandwich, the BLT, hit a record high of $1.65 in May. To counter the price increase, some small restaurants were forced to cut the number of bacon strips in their sandwiches or increase sandwich prices. California’s drought is also impacting the cost of fruit and vegetables, putting another strain on restaurants and further spiking the price for a classic BLT.

With the USDA granting Harrisvaccines a conditional license for the first PEDv vaccine, the epidemic may finally be at an end. That's good food safety news for both bacon fans and the entire food service industry.