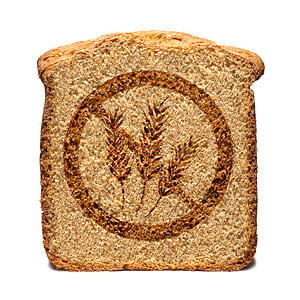 Gluten-free diets are all the rage among health foodies these days, trending as one of the hottest food crazes in recent years to influence American eating habits. However, researchers say that the benefits touted by adherents to this food trend aren’t what they seem. There's little science to support the belief that gluten is the cause of allergy symptoms and other health conditions.

What Exactly is Gluten?

As Jimmy Kimmel’s now internet-famous sketch has shown, there aren’t many people who know what gluten is—even people who are such strong advocates of a gluten-free diet can’t articulate what it is that they’re campaigning against.

Contrary to what many anti-gluten fanatics seem to think, gluten is nothing more than a simple protein composite found in wheat, barley, rye and other grains. Gluten aids yeast in rising dough and makes dough elastic and stretchy. It is also used globally as a protein source added to foods lacking sufficient protein. In fact, gluten is as much a part of American eating habits as pretzels, macaroni and apple pie—all foods containing gluten.

According to a recent article in the Washington Times, the gluten-free trend caught fire when Dr. Peter Gibson, Professor of Gastroenterology at Australia's Monash University, published a study that found "gluten proteins cause related distress in the digestive system even in people who haven’t been diagnosed with celiac disease" (You can find the original paper here).

But the research didn’t stop there.

Dr. Gibson wanted more evidence to support his theory and conducted another study that ultimately refuted the results of the first. In 2013, Gibson discovered that compared to individuals consuming a baseline diet, subjects eating foods high in gluten experienced similar— not more intense, as he had hypothesized— GI symptoms as subjects eating foods low in gluten.

Gibson went even further in examining the effects of gluten and non-gluten foods by telling subjects that a new diet they were expected to follow was "treatment" to decrease symptoms of GI tract distress. However, these same subjects reported worsening of symptoms--even though the food provided to them were low in gluten. Dubbed the "nocebo" effect by Dr. Gibson, this reaction involves subjects experiencing negative reactions because they expect to suffer negative reactions.

The bottom line was that "in a placebo-controlled, cross-over rechallenge study, we found no evidence of specific or dose-dependent effects of gluten in patients with NCGS (non-celiac gluten sensitivity).”

Gluten sensitivity, in other words, just did not seem to exist as a gastro-intestinal issue.

Celiac disease is a genuine disease caused by the immune system reacting negatively to gluten. By inflaming the small intestine and seriously irritating its lining, gluten prevents vital nutrients from being absorbed by the small intestine. Why some people suffer celiac disease is unknown. Doctors do, however, know that a true, allergic reaction to gluten damages the intestine's villi, or microscopic projections lining the interior wall of the intestines that are responsible for absorbing nutrients. And a relatively simple series of blood tests can determine whether someone actually has celiac disease—although first indicators may be a diagnosis of another associated condition such as Down's syndrome, thyroid disease, lactose intolerance or autoimmune diseases.

Gluten Intolerance/Sensitivity is not Celiac Disease.

It is an umbrella term used to describe symptoms similar to those suffered by people with celiac disease. People experiencing GI distress, "foggy" thinking, joint pain and tingling/numbness in the extremities who do not test positive for celiac may be diagnosed (or self-diagnose themselves) with gluten sensitivity when they experience improvement of symptoms after removing gluten from their diet. But, as Gibsons latest research suggests, the GI issues are not caused by the gluten itself.

What Science Knows and What People Believe

American eating habits could be summarized with one word— nonsensical. Although rigorous scientific research has concluded that gluten is not the evil protein it is purported to be, the gluten-free craze continues unfettered by substantial empirical evidence that even Dr. Oz refuses to consider.