Shareable Content May Get Attention, But Is Your Brand Connecting? 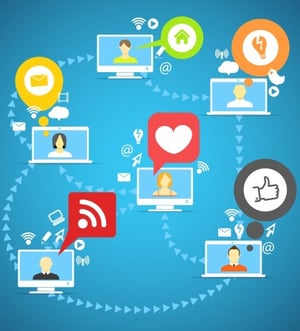 So, you're creating social media content and posting it to your food brand's various feeds in order to attract the attention of Millennial foodies. How's that working out for you? Are you seeing quantifiable returns—increased website traffic, higher sales, repeat business—or do you sometimes feel like you're having a one-sided conversation?

Shares and likes are great. They help you build brand awareness. But brand awareness is only part of the equation for increasing revenue. You need to translate consumers' awareness of your brand into willingness to eat at your restaurant or to purchase your food products at the store—and incentivize them to keep doing so. You don't need attention; you need engagement.

That's a hard divide for many food companies to cross. The American culinary landscape is littered with startups and products that couldn't achieve critical mass. So how can you avoid becoming a statistic?

Subway, for example, contracted with Publicis to develop a social media campaign that shared inspiring stories of "High School Heroes" in users' news feeds. The idea was to engage young adults and teenagers—who were already heavily invested in social media—by depicting emotionally-charged stories of real-life peers.

According to Publicis Senior VP Gian Lavecchia, the ability of a given piece of content to evoke an emotional response in viewer is the ultimate determinant of whether or not that user will disseminate it to others. There's no question that the videos garnered views—a quick review of the campaign's YouTube channel showed that most of the videos received in excess of 150,000 views each.

But did it translate into sales? Frankly, we don't know. And there's absolutely nothing tying the stories shared in each video to Subway, its food offerings, or the value that the chain adds to consumers' lives, other than a logo placement and a few name drops. Does that translate to success for a food brand?

Grabbing Attention? Easy. Holding it? Not So Much.

Let's face it. There are 7 billion people in the world and the vast majority of them have short attention spans. At the same time, there are so many places for consumers to visit and so many products for them to experience that the development of a true brand ambassador comes at a high premium.

Subway and Publicis had the right impetus, but maybe imperfect—or at the very least incomplete—execution.

With no clear ties between the subject matter and the product, the High School Heroes campaign amounts to little more than a "Hey! Look at us! We're good folks!" message. It doesn't whet one's appetite for a 12-inch BMT on fresh wheat bread, topped with creamy mayo, topped with layers of crisp, fresh lettuce, juicy ripe tomatoes and a sprinkle of oregano, just like your Sicilian grandma used to make for lunch when you were little.

And while she was making that sandwich, she'd tell stories about her father—who had arrived at Ellis Island in 1911 with nothing but a suitcase full of clothes—but who, in several short years, had worked his way up from butcher's assistant to delicatessen owner on the Lower East Side and eventually opened his own chain of restaurants, which allowed your grandmother to go to college and study medicine.

And it's that kind of emotionally-charged narrative—tied in concrete ways to the food brand and to particular products—that could really help you to build not only awareness, but engagement. That kind of storytelling tugs at the heartstrings and gets the stomach growling.

So, trying to use social media to build your brand and capture share from those all-important Millennial foodies? Excellent. But make sure that you're creating the sort of social media marketing content that will have them sharing while they're dialing your number for a takeout order.