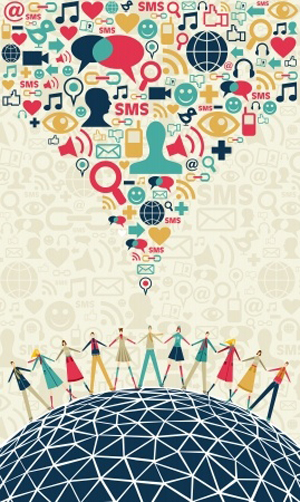 Could Yelp reviews be used to track down and stop potential food poisoning outbreaks? That’s the latest in food safety news from New York City Department of Health and Mental Hygiene (DOHMH), which announced at the end of May that its pilot program analyzing Yelp reviews could be going mainstream.

Since Yelp’s founding nearly a decade ago, the online review site has become the default go-to for crowd-sourced restaurant reviews and a sounding platform for every complaint imaginable. And while some reviews need to be taken with the proverbial grain of salt, many others have helped save would-be diners from paying too much for poor service and poor quality food– and possibly even a nasty case of food poisoning.

Now, DOHMH, in collaboration with Yelp and Columbia University, are using these reviews to identify incidents of illness caused by food poisoning. This follows an announcement from Yelp last September that the company would begin incorporating restaurant-health inspection scores into its restaurant pages.

The DOHMH, Yelp and Columbia team developed a software program to scan reviews for keywords such as “sick” and “diarrhea”. The program randomly selected some 900 reviews (dating from July 1, 2012 to March 31, 2013) for analysis, specifically looking for reviews that included two or more sick people and an incubation period of at least 10 hours.

Of the 900 reviews, epidemiologists identified 468 incidents that were consistent with foodborne illnesses that had occurred within four weeks of the reviews being posted. Only 3 percent of these incidents had actually been reported to DOHMH.

Project members then interviewed the authors of 27 Yelp reviews (a disappointingly high proportion– 102– did not accept the interviewer’s request). Thanks to the interviews, the health department identified three previously unreported outbreaks.

In response, DOHMM conducted investigations in all three of the restaurants and found numerous health code violations. DOHMM plans to continue the pilot project with the goal to shorten the time between assessing reviews and conducting restaurant investigations.

In another food safety news development, the Chicago Department of Public Health is also using social media to track incidents of foodborne illnesses.

In conjunction with the Smart Chicago Collaborative, the department is now contacting individuals who post about foodborne illnesses on Twitter or the “Foodborne Chicago” website. Since the program’s debut in March 2013, it has identified 2,918 tweets possibly related to foodborne illnesses. Health officials replied to 324 of these tweets, leading to 280 reports and 174 investigations within its first year.

In addition to analyzing Yelp and other social media platforms for unreported incidents of foodborne illnesses, cities are also partnering with Yelp to display restaurant health-inspection scores directly on the site.

Now, in addition to listing basic restaurant attributes like service hours and parking options, the cities of San Francisco and Louisville are both using Yelp to list a restaurant’s health score. The data comes directly from city inspectors and displays the same information that would be available on the city’s health department site, empowering would-be diners to make educated choices.

“Nobody goes to the .gov websites before they go to Yelp,” said Yelp Director of Public Policy Luther Lowe. “The goal is to put highly relevant information that’s created by taxpayers in a context that makes a lot of sense.”

In the latest food safety news, Yelp intends to continue integrating health code inspection reviews with its user-generated reviews for a half a dozen more cities over the next few months. Turns out those Yelp reviews could have a much larger impact on the food service industry than anyone thought.