Sous Vide Shortcut: The Easy Way to Meet the Fast and Fresh Demand 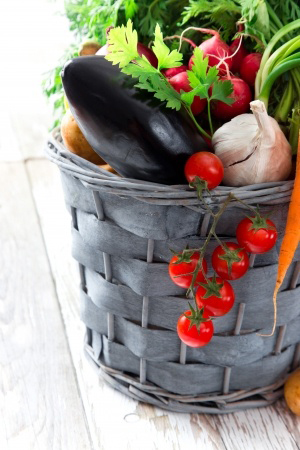 MTV, where video first killed the radio star, is turning to an unexpected source to keep younger audiences tuning in— cooking shows. In April 2015, MTV will begin hosting a televised version of the popular YouTube channel Brothers Green Eats, featuring the culinary duo of Mike and Josh Greenfield.

And, given the central role that food plays in the life of Millennials, it’s not an altogether bad idea.

Millennials lead fast-paced lives and are more flexible in their dining habits. Unlike previous generations, Millennials have a more fluid concept of mealtimes. Meals have become a melting pot where any food goes at any time. At a Millennial breakfast table, you’re just as likely to find a quinoa bowl with sautéed vegetables as a traditional eggs-and-bacon meal, while dinner could be a bowl of granola and yogurt or a stir fry.

The popularity of these non-traditional eating habits has even given rise to a new vocabulary. “Slunch,” for example, refers to a lunch-dinner meal, such as cold sandwiches served at dinnertime, while “brinner” means breakfast meals served at dinner.

For brands interested in going with this trend, consider expanding the reach of your packaged foods. For instance, the marketing of a food regularly served at dinner, such as dinner rolls, might be expanded so that shoppers can see how they can transform a lonely dinner roll into a piece of crunchy French toast for breakfast or croutons for a salad.

Millennials are over the processed, packaged TV dinners beloved by earlier generations of grocery shoppers—you’ll find nary a Hungry-Man in a Millennial shopping cart. Instead, they want fresh ingredients with minimal to full on prep work involved. They want exotic recipes, like Indian curries, Pho bowls and sushi. Organic and artisan are commonplace terms in a Millennials’ world, and they’re no stranger to searching out the perfect small-batch goat cheese to spread on the locally-made crackers their snacking on at breakfast.

Grocery-shopping Millennials are already transforming the world of good eats— from health-conscious college students supplementing dining hall fare with their own culinary experimentation to teens who are opting for organic grocery store goodies. For brands interested in maintaining an appeal among this generation the focus needs to reflect the desire of these shoppers and home cooks for fast and fresh foods. Brands that can showcase their freshness and originality stand to gain with this crowd.

The young adult palate has moved past the era when dumping a box of macaroni noodles into a pot and mixing it with day-glo orange powered cheese was considered high cuisine.

For those born between the early 80s and 2000s, food means more than fuel.  Millennials want their food to be healthy. They want it to be fast to prepare. And, perhaps most importantly, they want to experiment with recipes, explore exotic fare, and use cooking as a medium for personal expression.

Once considered a fanciful European method of preparing foods, reserved for those kind of experimental restaurants with at least one Michelin star, sous vide may soon be coming to the kitchen of a millennial near you. Sous vide mechanisms are already being sold to home cooks, and their potential corporate applications are immense.

The Millennial grocery shopper may not go for a typical TV-dinner, but that doesn’t mean they aren’t interested in shortcuts that can help them speed up food prep without compromising freshness or flavor—a prepackaged sous vide meal, for example. Butter chicken or Turkish meatball dish that the home cook can throw in a pan for a few finishing touches.