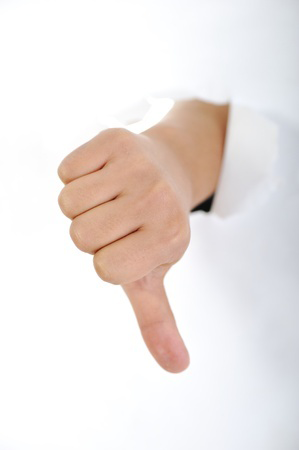 We’ve all seen packaged food products come and go on store shelves (remember Crystal Pepsi? Apple Newtons? Ecto Cooler?). Many products don’t stick around long at all. In fact, according to Nielsen, an astounding 85 percent of consumer packaged goods fail and disappear within two years of their launch.

Why are so many packaged foods doomed from the get-go?

According to a new study by strategy consultancy Accenture, the problem comes down to one issue: consumer packaged goods (CPG) producers often fail to do their homework.

But how is that possible? Every year, CPG companies spend millions on research and development. Accenture believes that the main problem may be that many CPG companies, including food product manufacturers, fail to apply proper analytics in the R&D phase.

In other words, these companies have developed analytical models they are failing to apply in practice.

Compounding the issue, many CPG companies (including food product manufacturers, processors and packagers) are too organizationally siloed for R&D processes to be efficient and truly effective.

A disjointed, poorly executed R&D phase leads to the three reasons at the root of most packaged food failures:

To properly model consumers, companies should be looking to behavioral data to complete the picture. Unfortunately, according to interactive marketing company Razorfish, 76 percent of companies fail to obtain and/or use behavioral data in their marketing analysis.

If a company doesn’t know its customers inside and out— preferences, motivations, goal — then that company has a near-zero chance of successfully marketing a product to them. It's not enough to know that a product does well in subjective methodologies like taste tests or focus groups that do little to predict future behaviors.

You might, for example, recall that when Coca-Cola saw its market share slipping in the early 1980s, they introduced a reformulated cola to reinvigorate their brand.

New Coke, which more closely resembled the taste of Pepsi (Coca-Cola's chief rival) tested well among 200,000 tasters in the development phase. Unfortunately, Coca-Cola did not rely on behavioral modeling to anticipate consumers' real market response. As a result, it failed to predict the public firestorm that erupted when the company launched the new product.

Within three months, Coke Classic was back on shelves; by 1992, New Coke, which had since been rebranded to Coke II, was gone.

Coca-Cola seems to have learned its lesson about behavioral modeling and segmentation since.

This fall, in response to consumers' demand for lower-calorie drinks with a recognizably sweet cola taste, it will release Coke Life— which is being marketed as a product that is not quite a diet drink, but less of an indulgence.

Oddly, though, it will come in green packaging, which seems antithetical to Coca-Cola's usual red-based branding. Which leads us to the next issue that causes many packaged foods to fail…

Reason #2: The package was poorly designed.

In 2009, PepsiCo (yes, it all comes around, doesn't it?) decided to shake up the package design for its Tropicana orange juice line. Instead of the brand's well-recognized orange-with-a-straw-sticking-out carton image, PepsiCo opted for a package that featured a sans-serif, all-lower-case font and a close-up photo of a glass of juice.

"Not only does a product package need to 'pop' off the shelf, but it also needs to establish brand recognition," he wrote.

Given that the average American grocery store stocks 30,000 products, and the typical consumer purchases only a handful of those at a time, food packaging must truly excite the customer and convey not only the container's contents, but a rich branding ethos.

When a food producer undertakes to launch a new product, it should have a comprehensive plan for marketing that product. It's not enough just to get the packaging right; you need to know how to generate the most visibility.

When a group of co-workers at Charleston, SC-based BFG Communications were out at the bar one night, they noticed the bartender's frustration with several customers who were repeatedly ordering shots that required several time-consuming steps to make. The group thus discovered a market niche for a single-bottle, citrus-flavored shooter, which they subsequently developed as Lemonic.

But the group knew that simply getting the branding right and sending the product to distributors wouldn't be enough to get consumers to try it.

So, BFG test-marketed the product with that core demographic in their own backyard— just down the highway in Myrtle Beach. The product did well in bar-based tests. The company reported that it was able to glean valuable insights into how Lemonic was perceived by consumers in-market, and it will apply those insights as it expands its marketing efforts.

Packaged food products need to be special to stand out.

But many of consumers' perceptions of "special" are dependent upon targeted branding, effective food packaging design and careful placement. And that means that food service companies, food manufacturers and food marketers need to do a lot of homework and planning up front.

"After all, there is plenty of competition to choose from," cautioned Schonwald. "One UK design consultant described the food marketer’s challenge as, 'being the one in 1000.'"