The Future of Food Safety 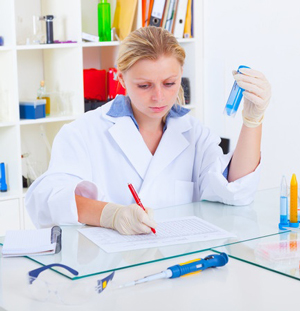 Although the Food and Drug Administration is largely responsible for maintaining food safety in the U.S., the Centers for Disease Control also contributes to helping halt widespread outbreaks of food-borne illnesses by rapidly identifying and tracking down the source of contamination.

Food Safety and the CDC

When a potential food-borne illness outbreak is detected, the CDC employs several strategies to identify the source of the outbreak (food, location), the bacteria type, how many people may be at risk and steps to take to contain the illness.

The Future of Food Safety— Is It Possible to Eliminate Foodborne Illnesses?

In an ongoing attempt to prevent foodborne illness outbreaks from occurring, the CDC continues to:

According to the CDC, nearly 50 million people in the U.S. gets sick from eating contaminated food every year. Out of those 50 million, about 130,000 are admitted to a hospital and 3000 will eventually succumb to a foodborne illness.

What can be done to prevent people from eating food or drinking water that is infected with a pathogen capable of causing serious, sometimes fatal diseases?

The Center for Foodborne Illness Research and Prevention (CFI) recommends the following:

In addition, the CIF states that food safety also involves washing hands and utensils before preparing food, making sure foods that need fully cooked are heated at appropriate temperatures, keeping certain foods chilled at the proper temperatures and avoiding the handling of food when suffering from an infectious illness.