To Brine or Not to Brine 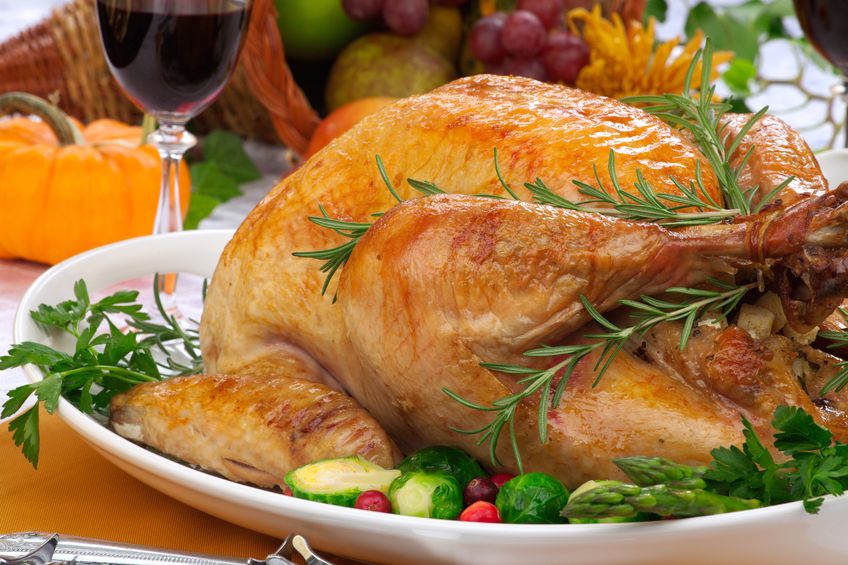 With Thanksgiving right around the corner, many home cooks are asking the age-old question: “To brine or not to brine?” Brining a turkey, while a lengthy process, can practically guarantee a moist and tender dinner. It’s a flexible technique that’s popular for preserving moisture, especially for the tricky breast meat. But the process can be pretty time consuming: home cooks need to first dissolve salt in several gallons of water, keep the turkey covered in the solution for several days, then let the turkey’s surface dry out for another two days before cooking. While brining itself is not complicated, the advanced prep time is simply too much for the average home cook, who may wait until the night before Thanksgiving to even Google, “How do I cook a turkey?”

In the food manufacturing industries, brining is a well-known strategy for preserving moisture in meats for maximum texture and flavor, both of which are key for protein-rich, ready-to-eat (RTE) dishes. For manufacturers who choose not to brine their meats, traditionally the other popular flavor-boosting technique has been to sauce meats. Saucing meats can mask a multitude of sins, especially if the meats end up a bit tougher and drier than desired. And while brining and saucing can certainly help up the moisture and flavor factors in meats, neither can produce the results of sous vide, a method of cooking food in a vacuum-sealed bag for maximum moisture, freshness and flavor.

The Science behind Brining

Before we get too far ahead of ourselves here, let’s be sure we’re all on the same page about brining. While home cooks are generally most familiar with the concept of “brining” as it relates to the annual Thanksgiving Day turkey preparation, restaurant chefs and food manufacturers know brining can be used for just about any meat. If you’re preparing a turkey for Thanksgiving, you’ll start by soaking the turkey in a tubful of heavily salted water; most brines average between 5 and 8% salinity. During the course of soaking, the turkey will absorb the salted water and stay moist through the cooking process. While some publications have erroneously attributed the moisture increase to osmosis, what’s really going on has to do with the turkey’s muscles.

As the turkey bakes in the oven, writes J. Kenji López-Alt, the Managing Culinary Director of Serious Eats, and author of the James Beard Award-nominated column The Food Lab, the juices get forced right out of the turkey. The result: meat dries out and shrinks up. Salt helps stop this shrinkage by dissolving some of the muscle proteins; once the muscle fibers loosen up, they are better able to absorb moisture. Most importantly, they won’t contract when cooked. But here’s the catch: brining can also rob the turkey of its natural flavor. When the turkey takes in 30 to 40% more moisture, the extra moisture is just salt water, not real turkey juices. The result: a moist, yet not as flavorful bird.

So if brining isn’t the answer, what about saucing? Sauce not only adds flavor, but can also bring the all-important “mouthfeel” to the table. According to Christopher Loss, PhD, a professor of culinary science at the Culinary Institute of America, mouthfeel is about more than just taste, it also involves texture, aroma, color and even the chewing experience. Receptors in the mouth pick up on these different sensations, influencing our perception of flavor and taste. Mouthfeel is at the heart of why we love the sauces we do. Think about one of the most popular sauces, Alfredo—cream, butter, parmesan cheese and a little dash of pepper and nutmeg. It produces the ultimate creamy mouthfeel and texture.

While sauces are flavorful, today’s consumers don’t want their foods to be drowning in sauce, especially if they’re grabbing ready-to-eat items. Here’s where sous vide can help. Sous vide is a cutting-edge cooking technique that cooks food by sealing it in a vacuum. While the name sounds fancy (it’s French, of course), the actual cooking technique is pretty straightforward and can be replicated on a mass scale. Because foods are vacuum-sealed before cooking, even the toughest cut of meat retains more flavor and moisture. Because sous vide prepped foods better retain their natural flavors, they require less salt and fewer preservatives—a natural fit with American consumers’ growing preference for minimal processing and low preservatives. It brings together the best of brining and saucing.

Who knows, we just might see a sous vide turkey on our Thanksgiving tables in the future—picked up at the local grocery store's ready-to-eat food display.