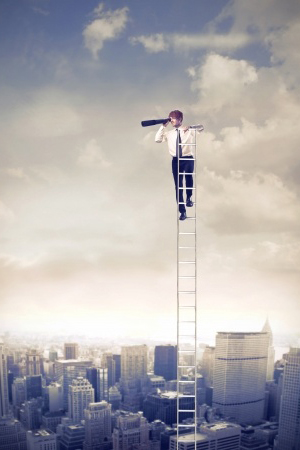 3D printers are the matter of the moment, and they seem to be popping up everywhere. They're leading the nation in innovative solutions for a variety of enterprises, including the medical, aerospace, and even automotive industries. In 2014, the technology made its first real foray into the food industry and has been evolving at lightning speed.

Now, in 2015, technology that was once confined to the land of science fiction seems as though it could be poised to follow the path of the microwave to become a kitchen (for the home cook and the corporate chef) staple.

How Is 3D Printing Being Used In the Food Industry Now?

If you haven’t been following the hype that’s surrounding the advent of 3D printing in the food industry, here’s a quick recap.

The science behind 3D printing is quite simple. A 3D printer is simply a machine that is capable of following a three dimensional design, dispensing a quick-set formula in stratified layers, based on that design, to create the finished product. The type of formula used depends on the industry for which the 3D printer is being utilized— it could be a mixture of plastics, metals or, in the case of food printing, edible ingredients.

Although many food enthusiasts and food innovation teams are still considering the idea of how 3D printing technology can be used to further their brand, a select few have already taken the next step and have begun to use 3D printers on a regular basis to create delectable confections that look as amazing as they taste.

We’ve spoken before about how boutique restaurants and nursing homes have been experimenting with practical applications the technology, but food printing has now gone a little more mainstream.

Duff Goldman, television personality (from the popular show Ace of Cakes) and executive chef of Baltimore-based Charm City Cakes shop, has begun to adopt 3D printing technology to give his cakes a brand new look and feel. The ChefJet, a 3D printing machine created by Liz and Kyle Von Hasseln, uses sugar to create fantastic works of edible art. It "spreads a fine layer of dry constituents and wets them. It’s basically making frosting very precisely, building it up layer by layer," says Von Hasseln.

Hershey is currently in the development of 3D printing technology for the plant, aiming to be the first mass-producer of 3D printed chocolate.

Are 3D Printers the Next Microwave?

The ability to press a button and have a machine literally create a meal for you from raw ingredients is certainly exciting, the longevity of the technology is still uncertain. In 2015, the hype surrounding 3D food printing is still strong, but does the technology have real potential or will the story fizzle out with the advent of the next big thing?

While 3D food printing will undoubtedly be underutilized by the general public, at least at first, due to its cost, many experts estimate that in the near future, 3D food printers will be as inexpensive and ubiquitous as the household microwave.

Natural Machines is currently refining the Foodini, which will become available to the public later this year for approximately $1000. The cofounder and CMO of Natural Machines suggests that 3D food printing isn't going to be a "fad" or "gadget." She says, "We see it as something that will be a basic appliance in the future."

The Foodinim and other food based 3D printers that are sure to come after it, will allow users to print their own versions of chicken nuggets, veggie burgers, flavored gnocchi, and more. At this point, 3D printing does not possess the technology to actually cook the food it prints, however, this may be something we see in the future.

Should You Get Involved in 3D Food Printing?

Although there is much to be done to make 3D food printing technology practical and sustainable for mass producers, it's safe to say that we're not all that far from seeing this technology surpass what we ever thought possible.

As 3D printing technology becomes more widespread and affordable options are made available to the average business owner and consumer, it makes sense that it will become the go-to source for many of our goods. And with that kind of competition, food brands can’t afford not to investigate the applications of the technology.