Using the Economy as a Predictor of Food Industry Trends 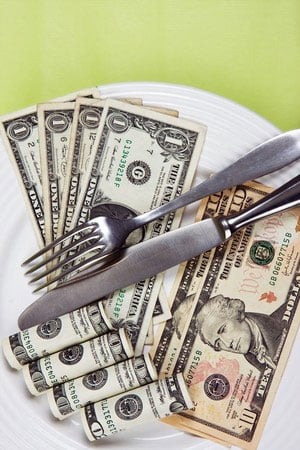 Depending on economic conditions, American consumers can buy like there's no tomorrow (remember the "greed is good" mindset of the 1980s?) or exhibit cautious spending habits and purchase only what they absolutely need. Unemployment rates and inflation are known to heavily influence food industry trends, forcing food brands to re-imagine how they package and advertise their products.

Food Marketing Institute published a report a few years ago called U.S. Grocery Shopper Trends that created an empiric link between the economic recession and consumer purchasing habits regarding food, dining in and eating out.

Let’s take a look at some of the more interesting points from that study:

But it’s not all bad news for brand names.

Recessionary food industry trends described in a Nutrition Unplugged article cites a consumer behavior called the "pleasure principle" that shows people who reduce the amount of money they spend on dining out will look for "additional excitement in the foods they eat at home."

In tough times, consumers have shown they still have a desire to treat themselves to indulgent foods, beverages and comfort-food snacks that give them a fun, tasty and emotionally satisfying experience.

Chocolate and ice cream are two foods that consumers continue to pay higher prices for during a recession, followed by coffee, cookies and frozen treats.

An interesting snacking trend emerging over the past few years is the desire of consumers to feel like they are "dining out at home" by purchasing frozen or pre-packed versions of their favorite restaurant foods like P.F. Chang’s frozen entrees or TGI Friday’s Potato Skins.

The recession has also forced vacationers to resort to "staycations" and find ways to relax at home.

Food industry marketers took advantage of this behavior and expanded on the types and number of ethnic foods that were available in most groceries and supermarkets. Researchers who study consumer buying behavior during economic downtrends refer to this phenomenon as "armchair culinary travel" and says this explains the rising interest in Mexican, Japanese, Indian, Greek and Thai food.

Eating on the go tends to be recession-proof as well.  Although fast food franchises are seeing some of their worst sales in the history of the industry recently, quick-serve restaurants like Chipotle are experiencing excellent sales as consumers (especially those quirky but influential Millennials) search for healthier choices at acceptable prices.

The Recession and the American Waistline

Can the recession be responsible for declining obesity rates? Most reports seem to say no.

A new study published by The University of North Carolina  reports that it wasn't the economic downturn itself the encouraged consumers to reconsider their healthy eating habits. The decline in obesity rates had, according to the UNC research, begun before the recession, inspired by food service trends that had been strong while the economy was still robust.

However, there may be an indirectly link between healthful eating and the economy.

A study called "Turning point for US diets? Recessionary effects or behavioral shifts in foods purchased and consumed," published in the American Journal of Clinical Nutrition, discovered that consumers began altering their food purchasing habits in the early 2000s. And it was to these habits that consumers had clung to throughout the recession, ultimately driving the popularity of the organic food market and the success of businesses like Whole Foods.