Want Your Brand to Resonate with Millennial Foodies? Reach Out. 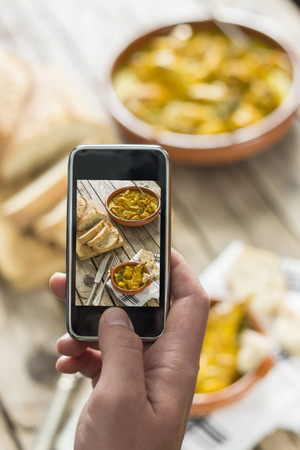 It's no secret that Millennials are an active segment—especially in the sense of being activists. Research conducted by Achieve and reported in 2013 showed that Millennials, as a generation, are compassionate and quick to unite behind altruistic causes. This means that food companies have an opportunity to reach out to young adults by supporting charitable or social movements that they are passionate about.

Here's the rub, though: Millennials demand authenticity. A food brand can't simply throw money at, or latch onto, a cause. Young adults are savvy—they'll immediately detect a disingenuous or cynical advertising ploy and sink it fast with negative, viral social media attention.

So what should you do if you want to market to them by building an activist brand narrative? Say what you mean and show that you mean what you say.

The Numbers On Millennial Charity

According to Achieve, 75 percent of Millennials donated to charities in 2012. They tend to donate in small amounts— after all, the job market has been difficult and they're still loaded with college debt—but they typically give proportionately to what they have. Furthermore, they tend to donate individually not just to one cause, but to many causes.

It's that spirit that made web-based crowdfunding sites like Kickstarter and GoFundMe so successful—at least initially. Now that there are so many crowdfunding efforts out there, though, Millennials are becoming increasingly wary of them (fund my van purchase? fund my vacation? puhhh-lease).

Even when Millennials don't have funds to give, they tend to demonstrate their willingness to contribute to others' wellbeing. 63 percent of young adults volunteer their time, according to Achieve. Many others will freely offer expertise or knowledge.

Reputation is everything for a company in today's business environment. And once a reputation is sullied, it's hard to recover. Example?

Forbes may have ranked ExxonMobil as one of its Top 100 Corporate Citizens for 2014, but ask the average Millennial his or her opinion about the company. Do the words Exxon Valdez mean anything to you? A Millennial is more likely to ridicule the Forbes report and call sarcastic attention to it—hard to rise above that sort of cynicism.

But there have been a number of successful, brand-led social change efforts that have attracted both Millennials' attention and goodwill. How about Mattel's reliance on post-consumer recycled materials for the majority of its toy packaging, and its good record on sourcing sustainable materials?

Have you been keeping tabs on Starbucks' support, via the RED program, of efforts to combat the spread of HIV/AIDS in Africa? Millennials have.

What do HIV/AIDS treatment and cure-finding efforts have to do with coffee? Little. But by demonstrating a willingness to ground part of its corporate identity in social responsibility, and by protecting its workers' rights and supporting them with better wages and benefits than are offered by many other QSRs, the company has managed to rise above many young adults' threshold of cynicism—cynicism that might otherwise be directed at Starbucks for its relentless expansion and undermining of competing, independent coffeehouses.

The Power—And The Curse—Of Social Media

If you want to improve your food brand's profile among young adults, demonstrable corporate activism and responsibility efforts will probably help you out.

Before you begin your campaign, of course, you might want to consider whether or not your food company's corporate values are in line with most Millennials' political and ethical beliefs (they do tilt heavily toward the progressive end of the social issue spectrum, after all). If your corporate values aren't well-aligned with the majority of the segment, you might just want to focus on producing tasty, innovative food and leave ethos out of your branding equation.

Social media platforms are powerful tools for marketing your efforts and extending your reach to young adults. Just remember that missteps on social media can quickly boomerang.

Millennial foodies are quick to tout new tastes to peers—over Instagram and Yelp, on Pinterest and Facebook—but they aren't going to become evangelists for your brand if your brand isn't preaching the social responsibility gospel to which they already relate or if they sense that your marketing is disingenuous.

Want your brand to resonate with young adults? Engage in—and gently publicize—social change or charitable efforts that your company and Millennials are mutually passionate about.