What Does Transparency Look Like in the Food Industry? 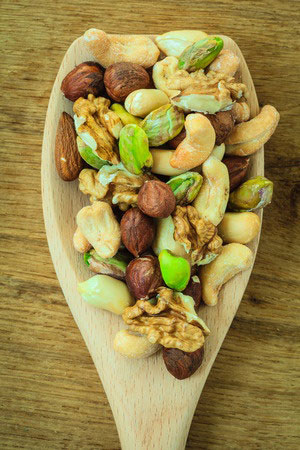 Enter Domino's Live. Back in 2013, as the company sought to reinvigorate what had become a stagnant brand, the venerable pizza chain began experimenting with different ways of engaging Millennials (young adults being, of course, the core constituency of the pie-slinging biz) on their own turf—the Interwebs.

Domino's bold gesture was thus: it set up five cameras at one of its store outlets in Salt Lake City. Four of the cameras showed pizzas in process—one on the dough rolling station, one on the toppings bar, one on the conveyor oven entrance and one on the exit. The fifth camera showed a screen on which Facebook users who liked the Domino's Live page were displayed one at a time.

The experiment ran 12 hours a day (during the store's hours, naturally) for several weeks in the spring of 2013 and was, by all measures, a smash hit.

The site saw more than 270,000 live views. It generated more than 16,000 Facebook likes. After only two and a half weeks online, the site had over a million hits. And viewers were held to rapt attention—the average stay was over five minutes on the site. That's a veritable eternity in 'net time.

So Is Domino's Successful Experiment A Harbinger of Bingers' Future Desires?

Seems so. But will other food companies and restaurants learn from it? They should. There are several reasons why it worked.

The chain did exactly what it should: it played a threefold game, engaging Millennials' senses of curiosity, truth-seeking and, yes, vanity. Come on, who doesn't want his or her name broadcast over a giant pizza company's website?

But the campaign also showed Domino's willingness to break with its own reputation. In an era when gourmet toppings, organic ingredients and artisan crusts are taking over, the more than 40-year-old chain cast aside doubts about its quality, showing customers just what was going into their pies. It crafted an entirely new brand narrative and revamped its menu. And it embraced technology unreservedly.

In addition to the Domino's Live launch, the chain began allowing some customers to place orders over Facebook. It expanded its social media marketing presence and optimized its marketing spends toward digital. It launched an online pizza tracker, which allowed customers to see when their pizzas were made and dispatched, in addition to providing them an estimated time of arrival. And Domino's made it easier for customers to place customized orders online (put in your address and try out its Build Your Own Pasta feature).

But the biggest win was that it showed it was willing to be honest about its ingredients and its processes. Will it ever off strong taste-based competition to the Pieologies or Dewey's of the world? Probably not. But organic and gourmet isn't Domino's niche. Fast, fresh and affordable is.

Open Up Those Kitchens, America!

Domino's learned from the fallout of the Great Taco Bell Beef beef of 2011: The best way to avoid having to defend your ingredients is to let your customers know what's in your food, before they ask questions.

That's the essence of Millennial foodies' desire for transparency. Just tell them up front what's in the dish—don't appear to stumble about for answers later.

To the Millennial mind, anyone who isn't marketing their ingredients and their processes as a strength must be either ashamed of or embarrassed by them. And if ingredients or processes are a source of shame, the food company or restaurant must be hiding something really bad.

During the last decade, we've seen many dine-in restaurants shift away from closed kitchens toward an open kitchen setting. Some restaurants allow—even encourage—patrons to be seated within the kitchen, at the traditional "chef's table."

As a delivery pizza chain, Domino's didn't have the same luxury. But Domino's Live was certainly the next best thing—and a brand-building moment to be emulated.