What Will Happen if Price Puts Americans Off Pork? 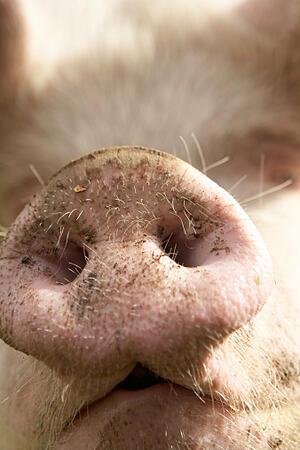 The eating habits of the average American are, in no small part, molded by the availability of affordable and varied food items. The inexpensive cost of producing pork has allowed it to be a mainstay of American diets for years, but times are changing. Despite the popularity of bacon, rising prices and potential food safety concerns have begun to put many consumers off of pork.

But even as Americans have started to eat less pork, new markets have been expanding. In China, for instance, the demand for pork has increased. The result may be shifts in American markets.

The Faltering Popularity of Pork

That may not be too detrimental to the U.S. consumer. Pork consumption has seen a slow but steady increase of 1.3 percent a year since 1975, but pork still isn’t the top choice for many Americans. In the last decade, chicken has dominated the list of popular American meat options, followed by beef and, at a distant third, by pork.

The decreased emphasis on pork may be a reflection of the increasing health consciousness of the American consumer. Many Americans follow vegetarian or pesco-vegetarian diets that exclude meat and poultry. If they continue to consume meat, they may limit their intake for health reasons, such as the possibly increased risk of heart disease and potential for links to the development of certain cancers.

Pork products such as ribs and bacon can be high in cholesterol-raising saturated fat, while processed pork products, such as ham and sausage, can contain unhealthy nitrates that are linked to stomach cancer. The availability of pork-free alternatives, such as turkey bacon and vegetarian sausage, can make it easier for Americans to reduce their pork consumption without feeling deprived.

It’s Not All Bad News

American and Chinese pork markets have long been intertwined.

Traditionally, when China has been able to meet its own demands for pork, the supply of pork is high in the U.S. because U.S.-produced pork does not need to be shipped to China; it can go into domestic markets. That means that pork prices can remain relatively low in the U.S. When China’s demand for pork begins to exceed its domestic supply, however, the U.S. becomes a pork supplier, and the availability of pork in the U.S. contracts as, causing pork prices in the U.S. to rise.

Luckily, the pork consumption patterns in the U.S. have tended to cycle with those in China. As pork has become less prominent in the American diet, it has become more common in Chinese diets. And with the current down-market for pork in the U.S., that can only be a good thing for domestic meat suppliers.

The changes in pork consumption are part of the changing nature of China. As the developing country is undergoing its economic transition, including economic growth and urbanization, it is undergoing the nutrition transition. These changes are marked by shifts in eating habits, including more animal products and fewer traditional, plant-based foods.

The Outlook for American Agriculture and Other Markets

China is likely to be unable to meet its own demand for pork in the near future, leading it to depend on imports for its pork. The United States is one among many potential suppliers of pork to China. The increased international demand for pork products can be a boon not only to the pork industry, but also to the grain industry to provide feed for the pigs. If pork prices in the U.S. rise as a result of increased pork exports to China, American eating habits may continue to shift to reflect preferences for less expensive alternatives.