What's the Deal with "Clean" Foods? 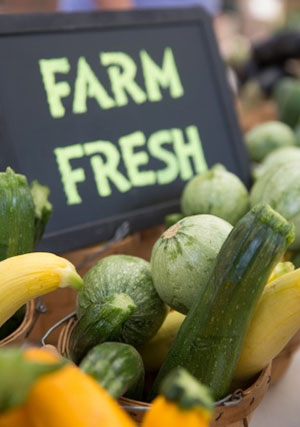 Though there has not been any firm, published evidence linking the ingestion of "clean" foods made using genetically-modified organisms (GMOs), there has nonetheless been a significant public backlash against genetically-modified foods. That, in turn, has led to a clamor for farmers to refrain from growing GMO crops and to move back toward using crops grown by conventional means— and for food product manufacturers not to use any GMO ingredients in their supply chains.

We’ve spoken before about how although brands like Ben & Jerry's have committed to using only non-GMO ingredients in their products, it is not able to guarantee that every ingredient has been wholly untouched by GMOs. It is difficult, for example, to source milk from cows fed only non-GMO feed. According to the company, it is cost-prohibitive for their supplying co-op farmers to obtain only non-GMO feed for their animals.

But given that one of the hottest new trends in food service is for producers sign on to iron GMO ingredients entirely out of the farm-to-plate continuum, companies are scrambling to find ways to make non-GMO-only feed an economically feasible reality.

Consumers don't care that it's difficult to eradicate GMO ingredients from supply chains. They only care that food producers make it happen.

And that's why some food producers are doing everything they can to meet it, regardless of whether or not they believe GMO foods to be harmful or not.

For example, on its website, Chobani— the producer of thick, creamy Greek yogurt which it markets as containing "only natural ingredients that are not genetically modified (non-GMO)"— states, "We're super passionate about this issue, so we require our suppliers certify that every ingredient we use is non-GMO. We also conduct our own testing with a third party to verify there has been no cross-contamination across our supply chain."

But that "super passion" is driven more by customer demands than by any corporate ethos, according to statements made by a company spokesman to Food Navigator-USA's Elaine Watson.

After coming under fire last year from Green America, an environmental advocacy and pressure group, for its inability to guarantee only non-GMO feed in its supply chain, Chobani recently advised members of the press that it would "collaborate with Green America to help facilitate meaningful dialogue" and "reach out to farmers to discuss potential strategies [for] increasing non-GMO feed options."

"Asked why Chobani felt securing non-GMO feed animal feed was important," Watson wrote, its spokesman told her that "the company was listening to consumers. But he added: 'We don't believe there is a safety issue'" with GMO feed.

On its website, the company sums up the issue that food producers face:

“Over 90% of cows in the U.S. are fed GMO feed. That means nearly all U.S. dairy cows are fed grains that are likely to be genetically modified. Today, there is simply not enough non-GMO grain for farmers to feed their dairy cows.”

But that doesn't stop the company from giving the issue lip service, as it immediately thereafter makes the rather ambiguous claim, "We want to change that."

So what's the takeaway?

Regardless of whether or not the ingestion of GMO foods is ever proven or disproven to have negative long-term health effects in human beings, consumers now are rejecting them on principle.

Fear is a powerful motivator; so too are dollars. And that's why food companies and food entrepreneurs would be well served (pun fully intended) to hop on board the non-GMO bandwagon, at least to the extent that the market allows.

In those areas where it is impossible or cost-prohibitive for producers to meet consumer demands for certified organic foods, clean foods, or a completely non-GMO supply chain, it might be wise for companies to divert research and development dollars into searches for viable solutions, then to use this as a marketing tactic.

If consumers can be shown how producers are making concrete efforts to affect change, they may be more willing to give those companies more leeway in the interim.

That is certainly the tactic that Chobani and Ben & Jerry's are taking. And from the looks of things (judging by each company's market share and visibility on grocers' shelves), it seems to resonate well enough with the American public.