Why It's Smart to Diversify Your Protein Options Right Now 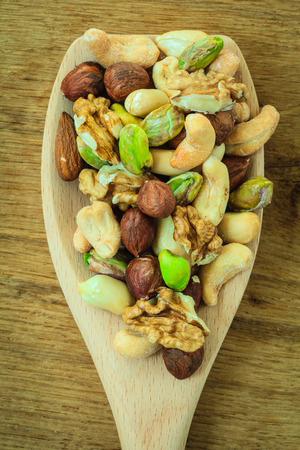 You may have noticed that vegetarianism and veganism aren't just for hippies and Sir Paul McCartney anymore. As the world wrestles with figuring out affordable, sustainable ways to feed its 7.5 billion people (projected to top 9 billion by 2050), farmers and food producers are increasingly seeking out better alternatives to animal-based protein production.

Although soy-based meat substitutes like tempeh and tofu have been available in the US for decades, they are high in estrogen and many consumers, especially men, shy away from them. Similarly, wheat gluten-based substitutes like seitan (which offers a reasonable approximation of real meat's chewy texture and savory flavors) have begun to fall out of favor with consumers concerned about gastroenterological sensitivities. Luckily, there are plenty of options out there for people who want to get ahead of the anticipated world protein shortage and diversify their protein intake now.

As we have discussed previously on this blog, a flood of new meat alternatives— most marketed toward the mainstream consumer— are making their way onto Western grocery shelves. And they're seemingly well-received. A recent study by Mintel indicated that just seven percent of Americans who purchase meat alternatives at the grocery are avowed vegetarians, let alone vegans, who are much stricter about their dietary choices.

Here's a look at a few of the increasingly palatable— and popular— options.

Pea-based protein powder is now widely available in mainstream grocery stores. A number of companies, like Larabar (which released its ALT pea-based energy bar early in 2013) have jumped onboard to exploit the green legume's protein-packed potential.

Peas are a wonderful alternative to meat, in that they are cheap to grow. Pea plants produce a high-yield relative to their land usage area. Most often, field peas are left to dry before harvest, then ground up and sold in powder form. The end product is easy to store and transport, and requires minimal preservation.

Mycoproteins, or those derived from fungi (like mushrooms and yeast), are also increasingly popular.

Quorn, a chicken-like meat substitute produced from a type of mushroom that grows naturally in England, hit US grocery shelves early in the 2000s. The mushrooms are fermented, then mixed with egg proteins and used to fashion a variety of meatless products like faux chicken nuggets and patties.

Although Quorn itself isn't vegan-friendly (due to the egg content), portobello mushroom patties are widely available for the stricter consumer.

Even nutritional yeast has moved out of the health food stores and into large grocers' cases of late. As viable substitute for Parmesan or Romano cheese, or as a bulk agent that can be combined with oils to form a creamy roux, nutritional yeast is a must-have ingredient for any vegetarian comfort food.

Brown rice, which has a higher protein content than traditional white rice, has become an extremely popular option; Chipotle, for example, now offers brown rice as an alternative to its basic rice, as do many sushi restaurants. Rice milk and rice powder are also widely available at mainstream grocers, too.

Tempeh and seitan, in particular, lend themselves very well to even, slow-heating sous vide techniques. It may take a little bit of experimentation in the kitchen to develop the right recipes, but that's easy enough. In fact, playing around with sous vide preps for your vegan and vegetarian dishes might just change your culinary outlook, like it did for the good folks over at the Living on the Vedge vegetarian diet blog.

Salt and pepper, to taste

Place all ingredients in the plastic bag and vacuum seal. Set the sous vide water bath temperature to 180 degrees. Slow heat bag for 2-3 hours at this cooking temperature (tempeh best texture after 2 hours at 180 degrees). Root vegetables may also be cooked at same temperature, for same time, if preparing a whole meal.

When cooked, toss tempeh in a pan and sauté briefly at high heat (about a minute or so), to sear the outside edges. No need to prep the pan with oil — use the liquid in the bag.

It has never been easier for the American consumer to go meatless.

No one is suggesting that restaurants or food brands go completely meatless— most consumers don’t adhere to a completely vegetarian or vegan diet— but diversifying the protein selections you offer can resonate with eco-conscious consumers who are doing their part to alleviate the world protein production crunch by opting to replace at least one meat portion every day.